The big holiday season has passed, and New Year’s resolutions are still firmly planted in so many minds. But does healthier living really mean giving up the things you crave? More nutritious versions of sugar-laden favorites may be different, but they can be equally indulgent … without the guilt. And such is the case for these scrumptious raw cinnamon rolls from The 30-Minute Vegan Cookbook by Mark Reinfeld and Jennifer Murray. 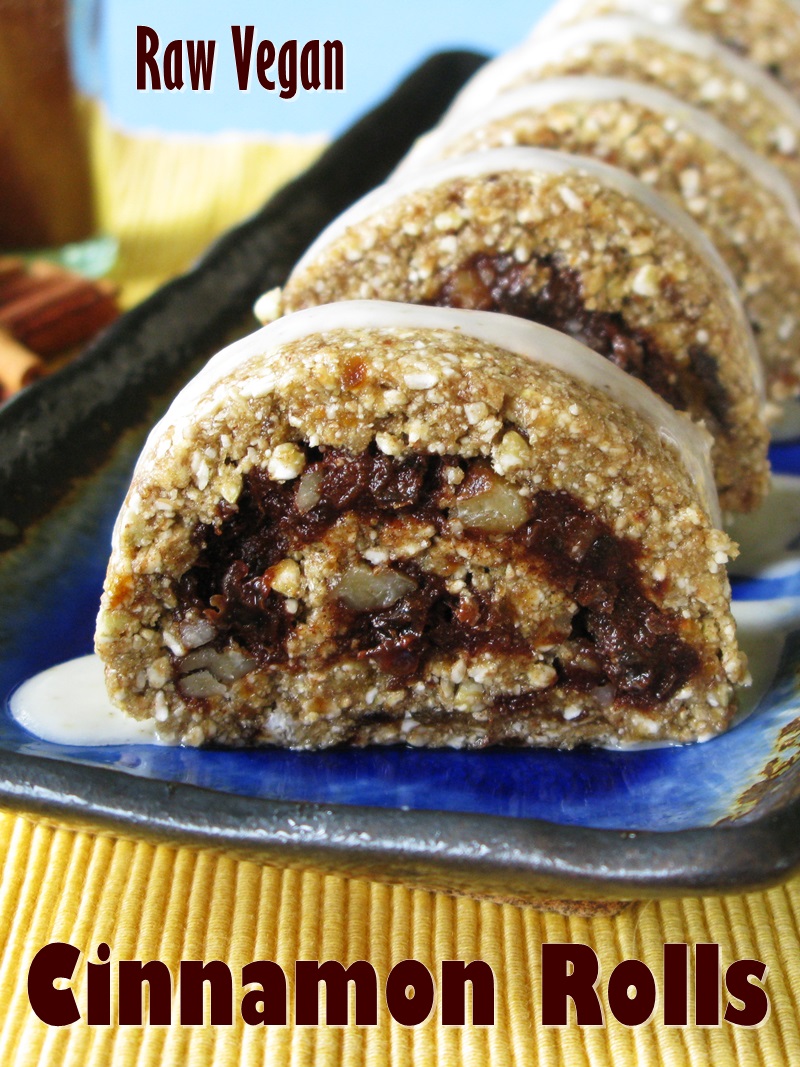 Sweetened only with dates and just the necessary amount of agave nectar, this cinnamon roll treat will also save you on time and utilities, since the recipe doesn’t require use of an oven or a dehydrator. Plus, these gems are packed with fiber-dense buckwheat and some Omega-3 rich walnuts (but not too many! I know how some raw desserts can be a bit too rich, but not this one) for a good dose of nutrition. The icing will of course take this recipe from a tasty sweet snack to an indulgent dessert, but you might just decide that you deserve it anyway. 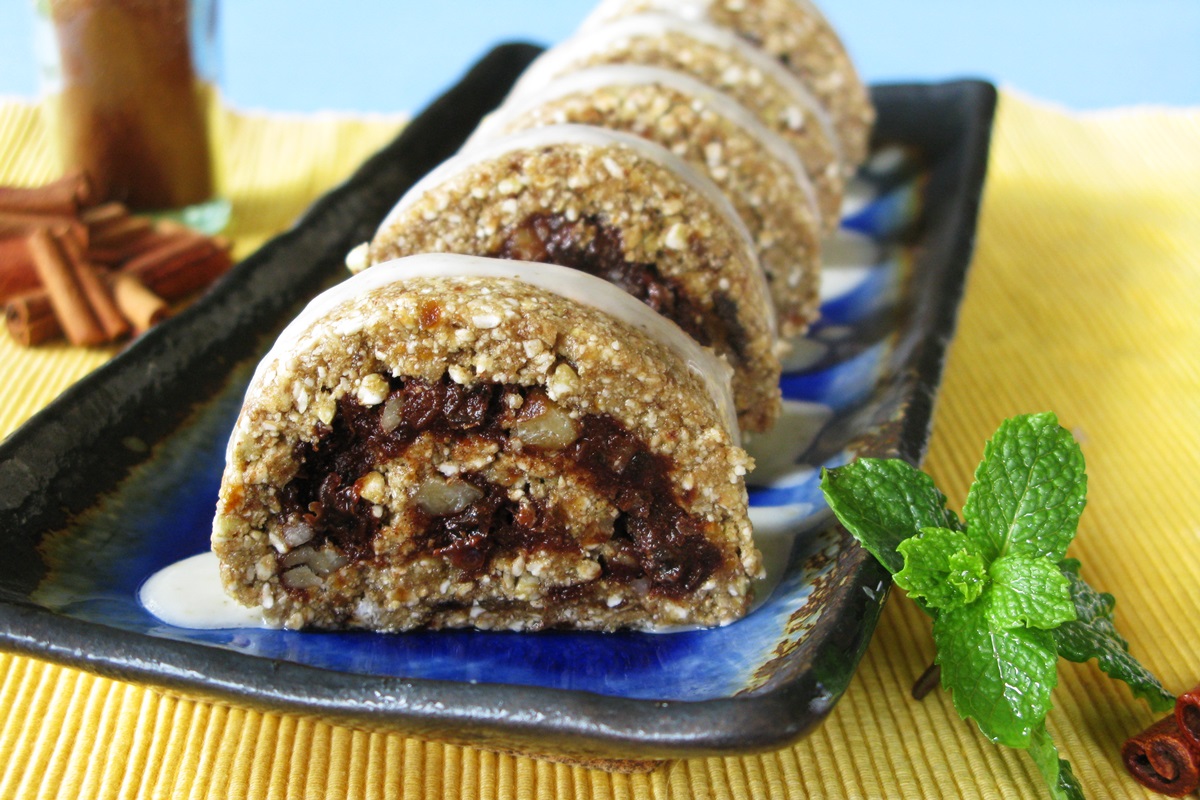 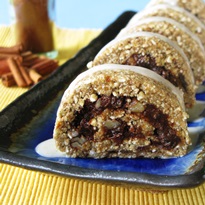 Print
Prep time
30 mins
Total time
30 mins
This recipe is from The 30-Minute Vegan, reprinted with permissions from the publisher. “These puppies are a huge hit at our bakery in Kaua’i. The rolling technique is best carried out with the use of a Silpat (silicon baking sheet), Teflex sheet (used in dehydrators), or a baking sheet lined with parchment paper. You’ll also need a food processor. The icing is not necessary for you to enjoy this dish but pushes it into the decadent category. Cashews can be substituted for the coconut butter in the icing if you cannot find it or you don’t have a taste for coconut.”
Author: Mark Reinfeld and Jennifer Murray
Ingredients
Icing (optional)
Instructions
Notes
Variations
- For a more devilish dessert, try making a Chocolate-Mint Roll by adding ½ cup raw cacao powder to the dough in step 1. Omit the cinnamon, add ¼ cup of raw cacao powder, and ½ teaspoon of peppermint extract to the filling in step 3. Also, in step 3 you can add 2 tablespoons of raw cacao nibs along with the raisins, and replace the walnuts with macadamia nuts or omit them altogether.
- Another richer variation would be to replace the buckwheat groats with an equal amount of almonds. Simply make almond flour in a high-powered blender or food processor and continue with the recipe.
Nutrition Information
Serving size: 12 servings
3.5.3229