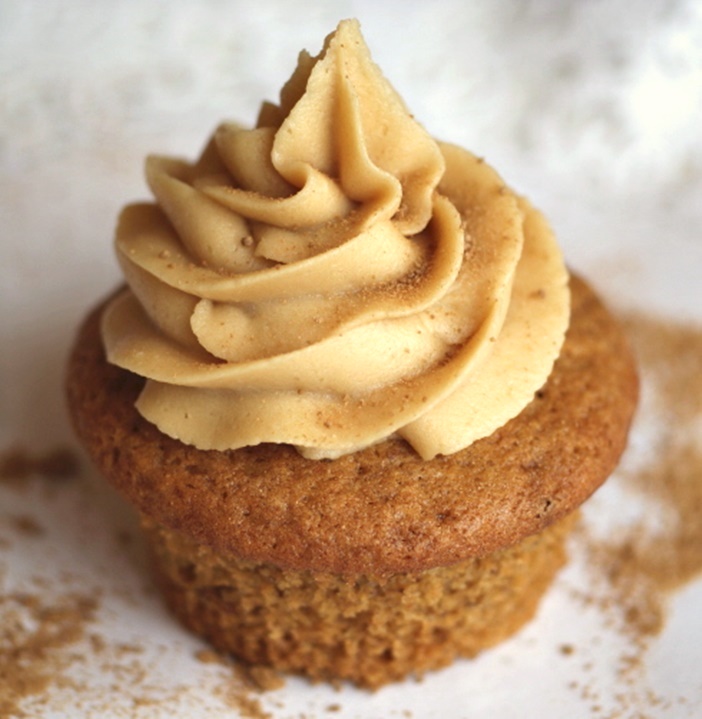 These amazing vegan maple cupcakes were created by my good friend Ricki Heller of RickiHeller.com. She is  a cookbook author, professional recipe developer, holistic nutritionist and anti-candida crusader with expertise in plant-based, sugar-free, and gluten free diets.

This is one of her earlier recipes, which is wheat-free but not gluten-free, and it was inspired by none other than a good quality, pure maple syrup:

Growing up in Quebec, I assumed maple syrup was as common as my father’s ex-girlfriend (well, that’s what my mom used to say about her, anyway). So I never really thought much about maple syrup as anything but a substitute for sugar, used whenever a certain type of sweetness was required; it never occurred to me to showcase the auburn ambrosia as the primary flavor in its own right. Not until, that is, I received an amazing sample of Coombs Family Farms Pure Organic Maple Syrup in the mail. I was agog as soon as I inhaled the stuff and immediately set about creating.

The resultant vegan maple cupcakes have an incredibly light crumb and a warm, decadent maple aroma. Ricki uses coconut oil rather than butter in both the single-serve cakes and the frosting, and rather than powdered sugar, she adds a bit of dairy-free milk powder to bring the topper together. 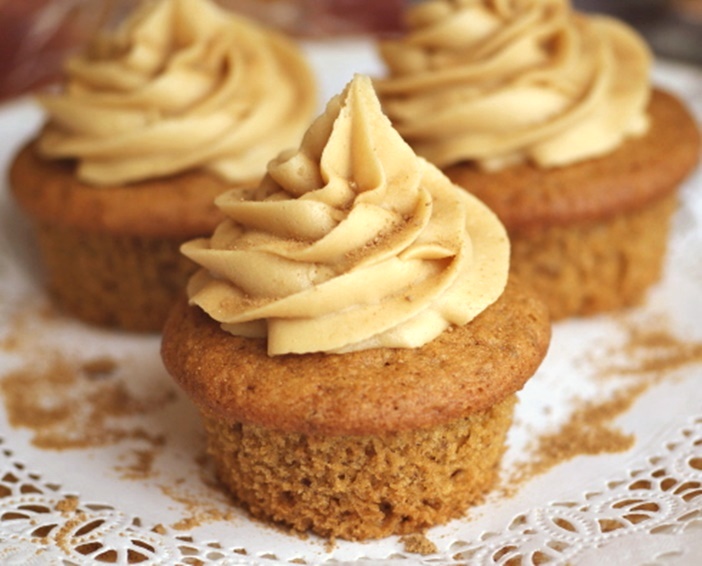 Print
Prep time
30 mins
Cook time
20 mins
Total time
50 mins
These marvelous vegan maple cupcakes were inspired by a recipe in Vegan Cupcakes Take Over the World. Laden with the lovely sweetness of pure maple throughout, they are an indulgent, yet natural, treat.
Author: Ricki Heller
Serves: 10-12 maple cupcakes
Ingredients
Vegan Maple Cupcakes
Dairy-Free Maple Buttercream Frosting
Instructions
Notes
Coconut Oil: You can certainly use unrefined coconut oil for this frosting, but it will have a distinct coconut flavor.

Freezing Option: The cupcakes and frosting may be frozen separately. Defrost each in a covered container in the refrigerator overnight before using.
3.5.3208