I took a risk with Rule Breaker (formerly known as Pure Genius – as you see in the pictures). I’d yet to find a chickpea sweet that could satisfy me or Tony. But when they beckoned with individually-packaged Blondies and Brownies, we simply couldn’t resist. 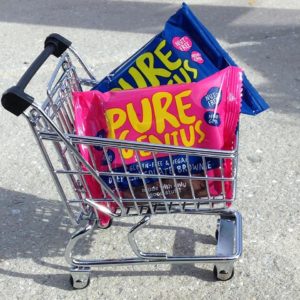 Isn’t that picture adorable? The pictures below are mine, but the shopping cart one above is from Rule Breaker / Pure Genius – I just had to share it!

Made without top allergens, the vegan, wholesome brownies and blondies from Rule Breaker seem to have everything going for them. They’re even relatively high in protein and fiber, but low in sugars and fat, when compared to similar indulgences. And I mean, just look at them. 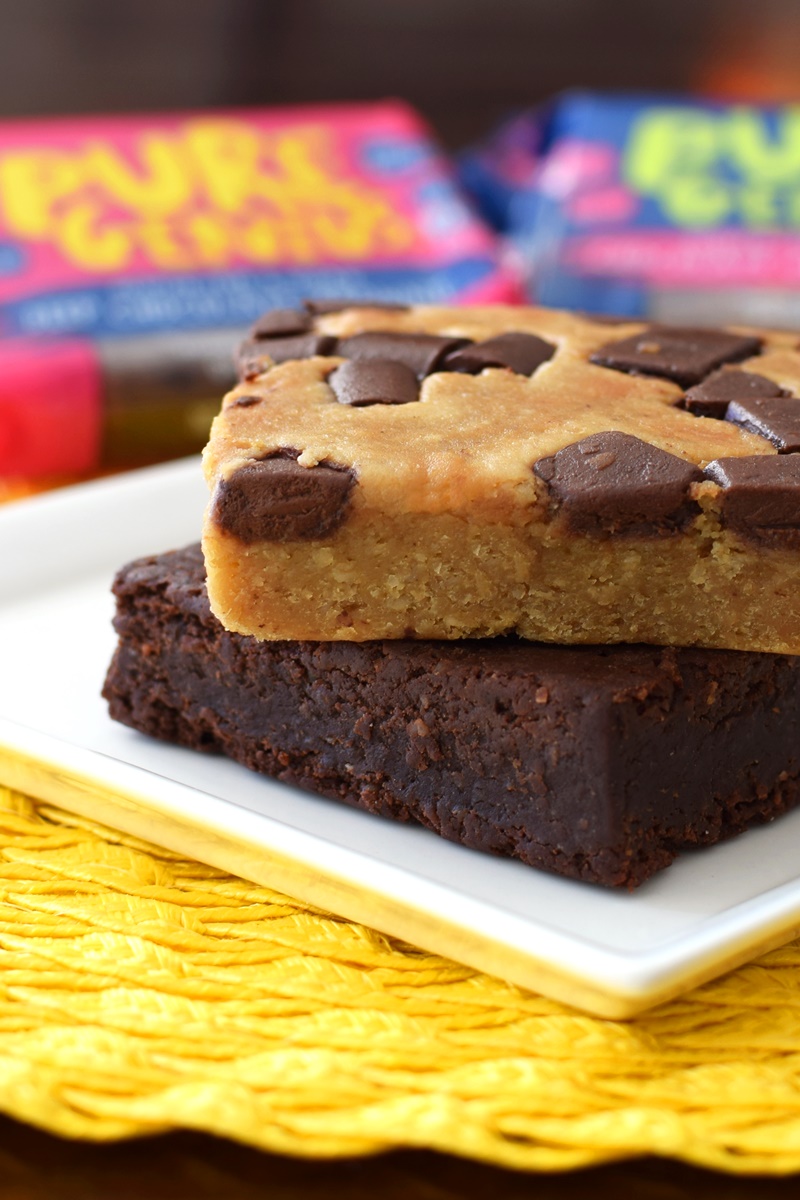 That decadent appearance made us both eager to pour a hot cup of tea, sit back, and indulge. But looks can be deceiving, as Tony stated after taking his first bite. He later recanted and said he enjoyed it, but it just wasn’t what he, nor I, was expecting …

I liked this one the best, but found it a little conflicting. The bright maple flavor and big semi-sweet chocolate chunks shout “dessert!”. But the somewhat unctuous texture more humbly states “bar”. It tasted a little too sweet for breakfast, but wasn’t quite as satisfying as a dessert. The perfect compromise was savoring it as an afternoon pick-me-up.

The flavor of this bar is on the rich and dark chocolaty side, but it isn’t too intense. However, you may have noticed that once again I said “bar”. It looks like a fudgy brownie, but the consistency is dense without richness. Perhaps a little more indulgence would bring this into brownie territory, but for now, the texture has it firmly planted in the sweet, but pleasant, bar category. 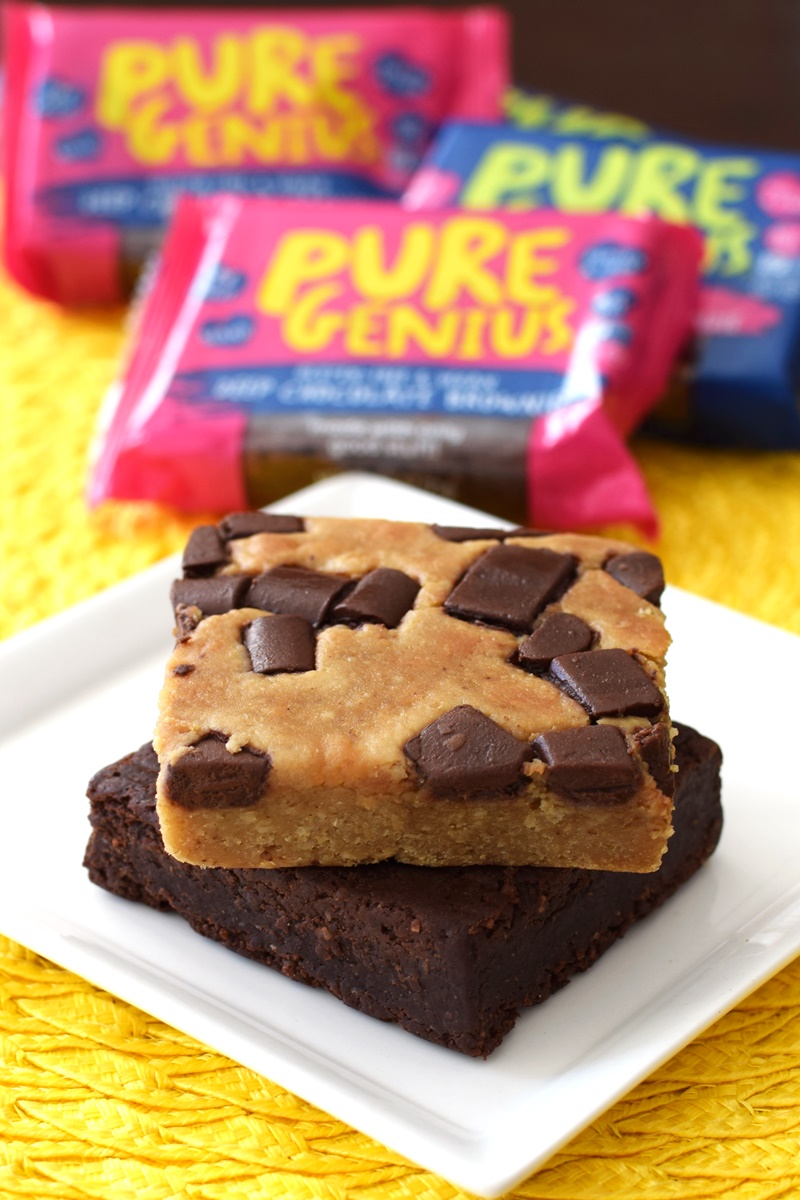 Cheers for the Chickpea

If you are a fan of chickpea desserts than I think Rule Breaker is worth a try for your next indulgence. If the might garbanzo bean doesn’t satisfy your sweet tooth, then consider these as a bar hybrid that may just quell your sugar cravings.

Either way, it’s hard to ignore the many virtues of these Pure Genius creations. They are lovingly made with recipes that are vegan and free of top allergens, but include maple syrup, dairy-free / soy-free chocolate, gluten-free oats, and flax. 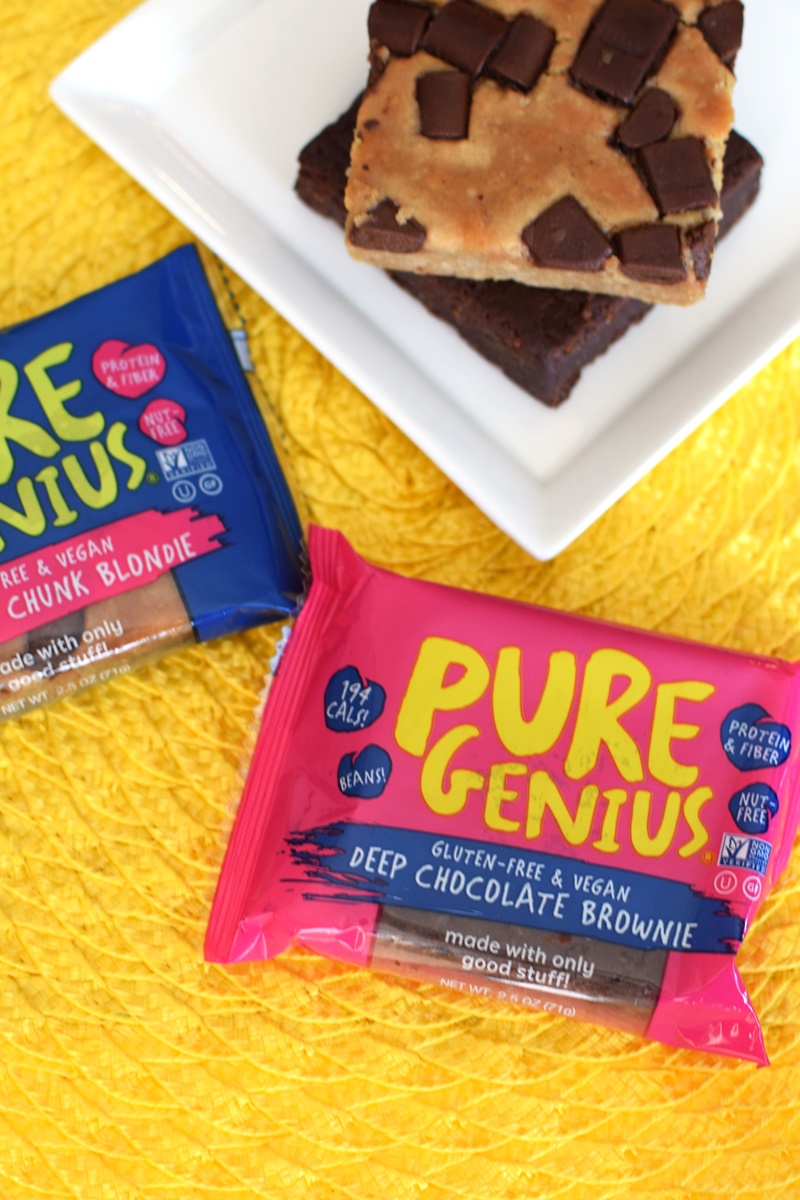 Dietary Notes: By ingredients, Rule Breaker Bar Treats are dairy-free / non-dairy, egg-free, gluten-free, nut-free, peanut-free, soy-free, vegan, plant-based, and vegetarian. Nonetheless, check with the company on their manufacturing processes for all varieties if potential allergen cross-contamination is an issue for you. Processes and labeling are subject to change at any time for any company / product.

Our household had yet to be won over by chickpea desserts, and alas, this one didn’t succeed either. However, when described as “bars” rather than brownies or blondies, they ratcheted up a notch in our ratings to “pretty good!”. We enjoyed the flavors and the wholesome bite, but for bars, they’re a bit beyond our daily budget. However, I do think these could be a huge hit as a special treat for big garbanzo bean fans, the food allergic, or those seeking to ween off of sugary desserts.