Congratulations to Jenn of Veggie Inspired! Her Chai-Spiced Vegan Pumpkin Cake with Cinnamon Buttercream was selected by you as the Reader’s Choice Winner in the Simply Organic Dairy-Free Bake Off. And you guys really know how to pick them. We kitchen-tested this recipe and it hit the mark for taste, performance and creativity.

Jenn won a $250 gift card to use in the Revol Porcelaine Online Store! I can’t wait to see what flavor-packed vegan recipes she makes with their bakeware. 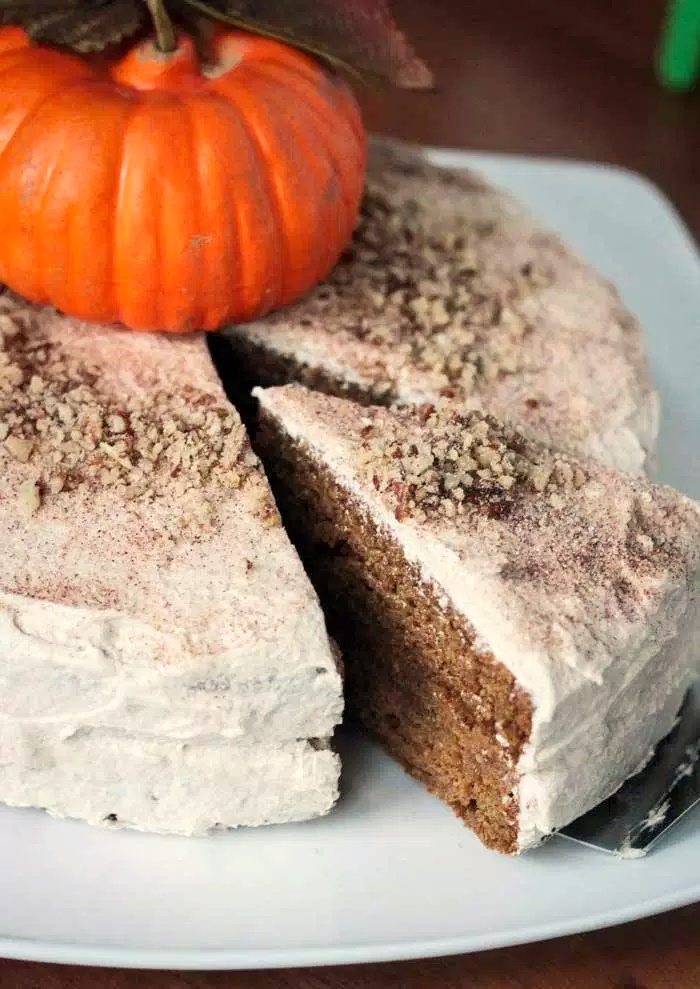 One of our kitchen testers said:

It’s a very moist pumpkin spice cake with strong spice flavors. I would call it a “grown-up” dessert as the adults and teen liked it better than the younger kids. It does involve a lot of ingredients, some of which can be expensive and harder to find in small towns – like coconut butter. Nonetheless, we liked it and agreed that it is a good wholesome cake for Thanksgiving or another special occasion.

Jenn’s vegan pumpkin cake is made with more nutritious ingredients, which can come at a price. If you have any questions about the ingredients or need to make substitutions, feel free to comment below. 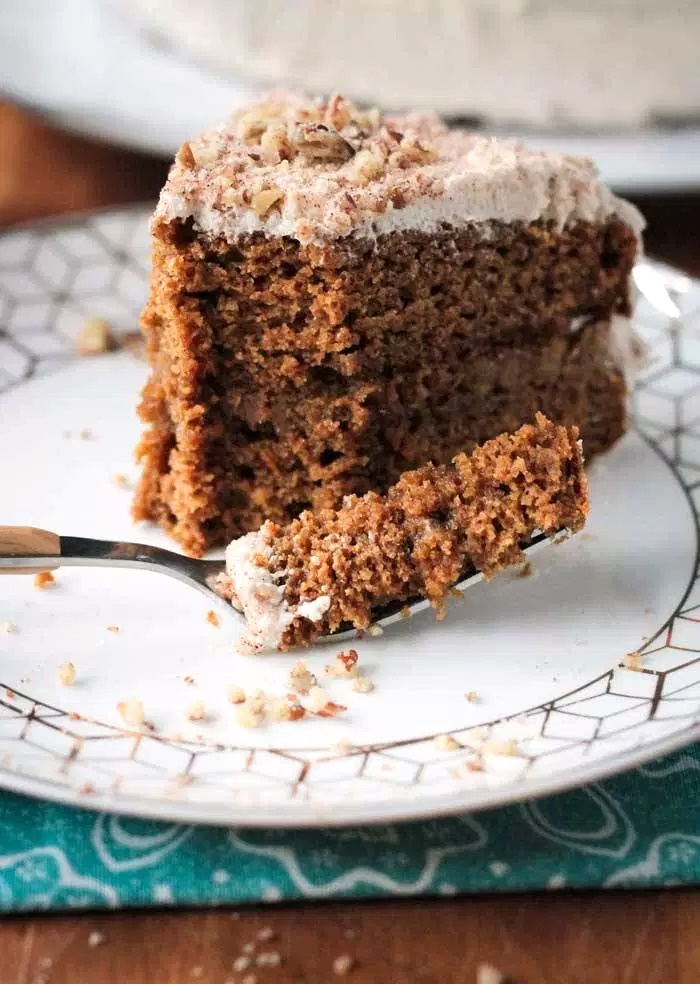 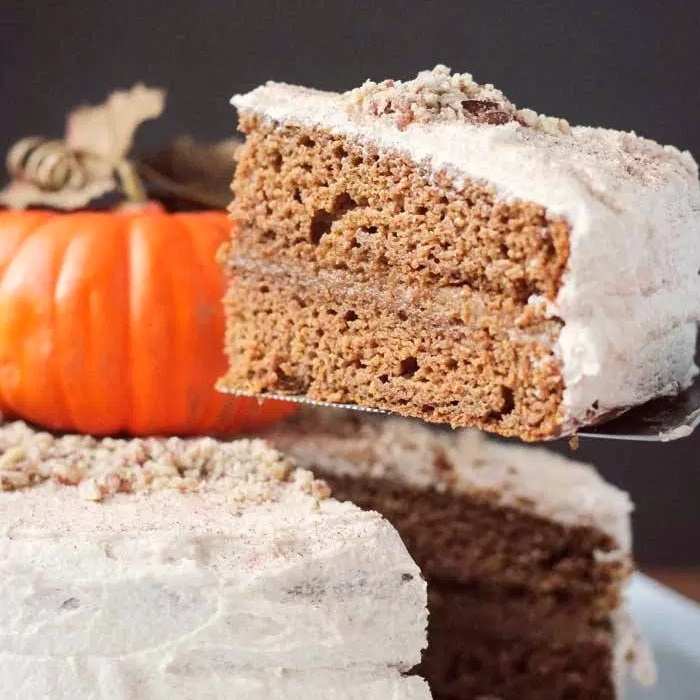 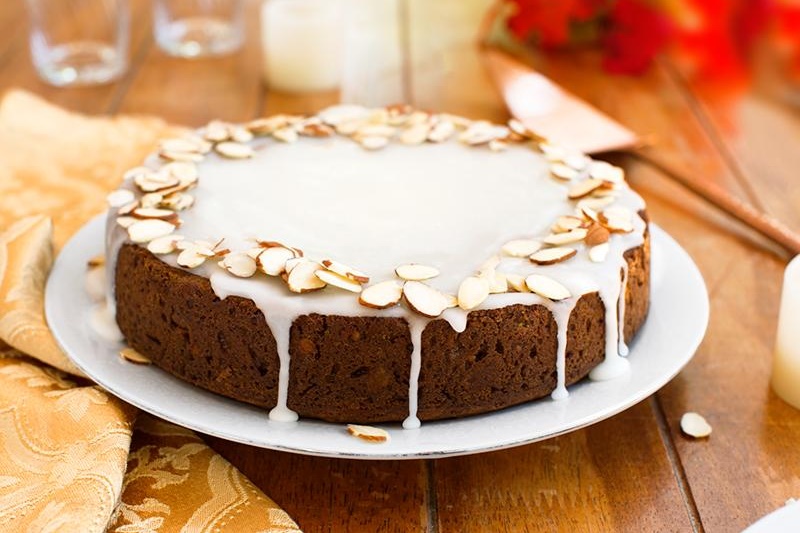 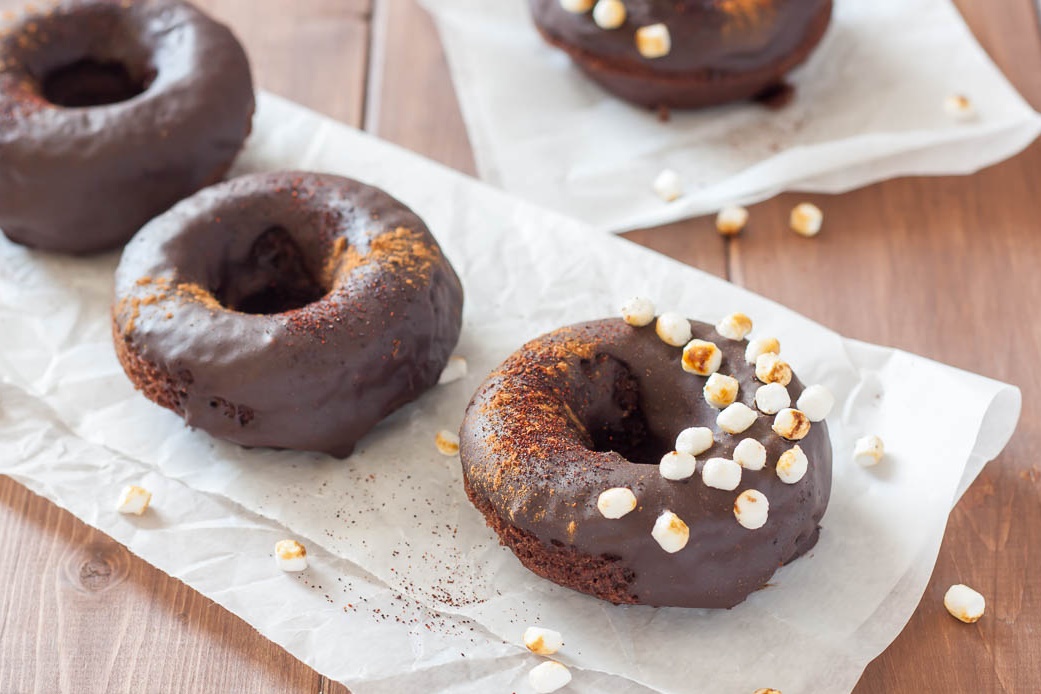 All Entries in the Simply Organic Dairy-Free Bake Off (many vegan, gluten-free, allergy-friendly & paleo options) 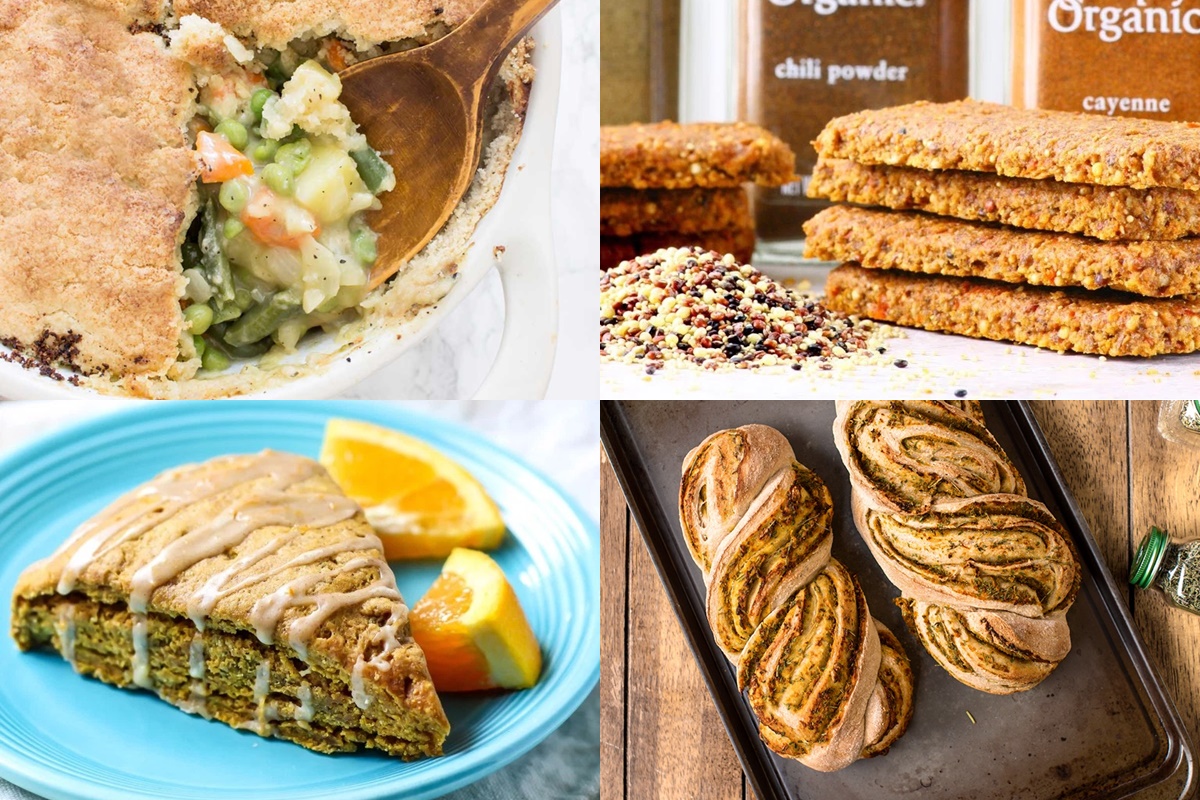