With so many people trying the plant-based diet, I wanted to make sure we have a great meat alternative to reference as an option for recipes. Luckily, this vegan grain meat grind recipe was in our recipe queue. It’s a versatile vegan “ground meat” that was created by Tommy McDonald, the Head Chef of Field Roast – the vegan “meat” experts!

This ground meat is a workhorse for us here at Field Roast, and is the base for many of the recipes in this book. The reason I get so jazzed about our grind is that we use a double cooking process, which makes for a really tender, chewy texture that’s just begging to be folded into your favorite recipes at home. Essentially, the mixture is cooked for the first time while you’re making the meat grind, and for the second time in the recipe you ultimately use it in (meatloaf, roasts, sausages, etc.).

The recipe might look daunting at first, but Chef Tommy McDonald breaks it down with detailed instructions. And once you get the hang of it, it’s really just a few simple steps to make! Here it is in pictures: 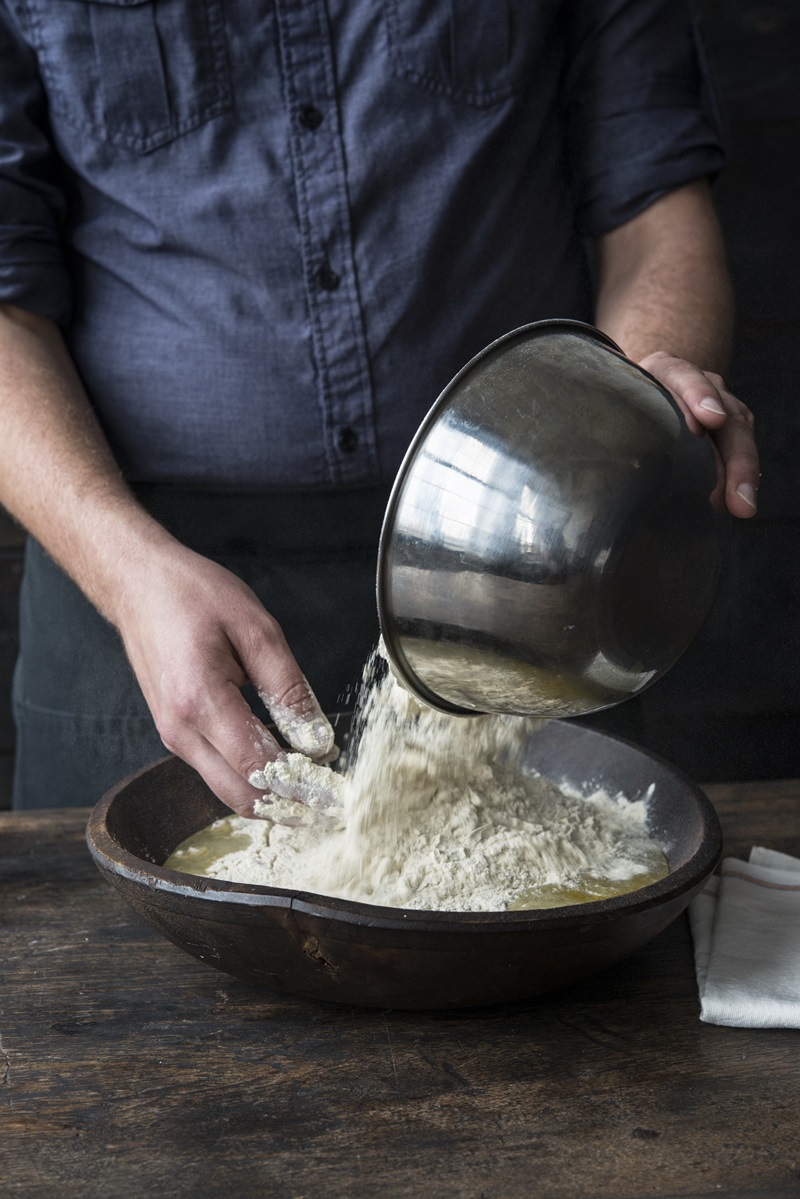 Bring the Ingredients Together with Your Hands into Dough. 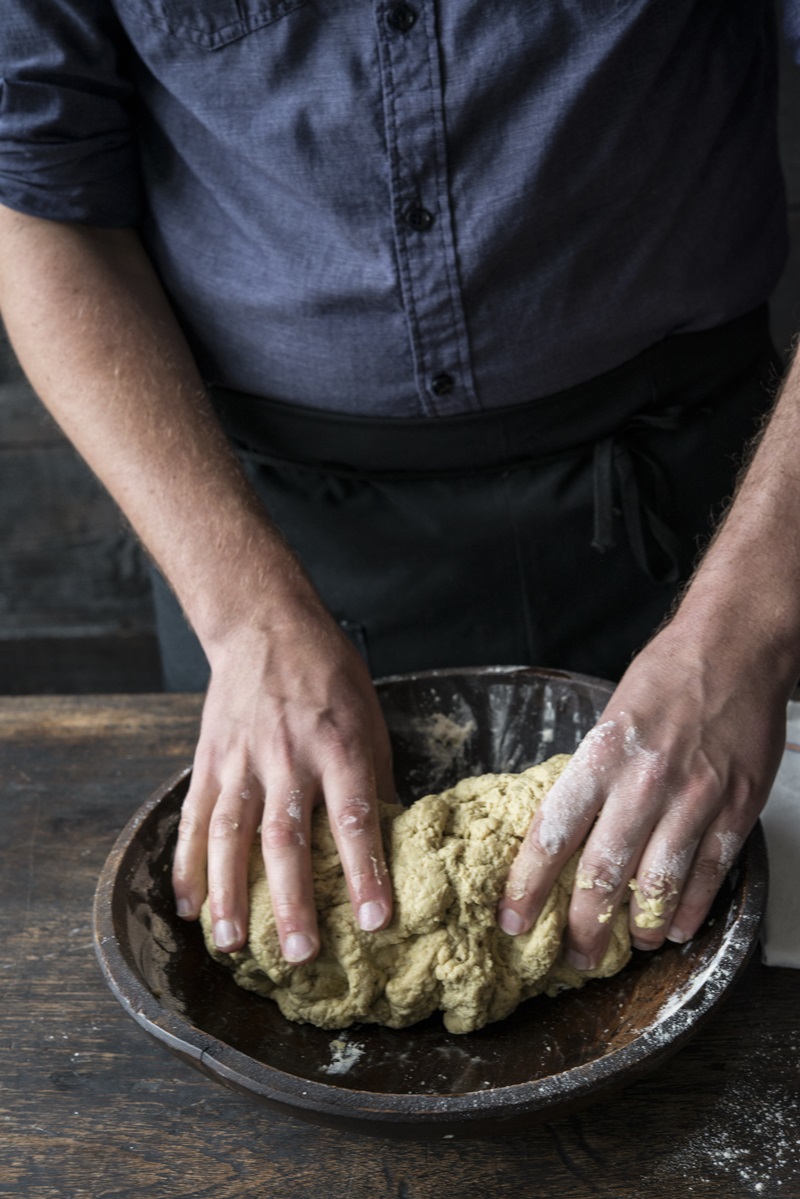 Wrap the Dough in Cheesecloth and Twine, and Submerge in Water to Cook. 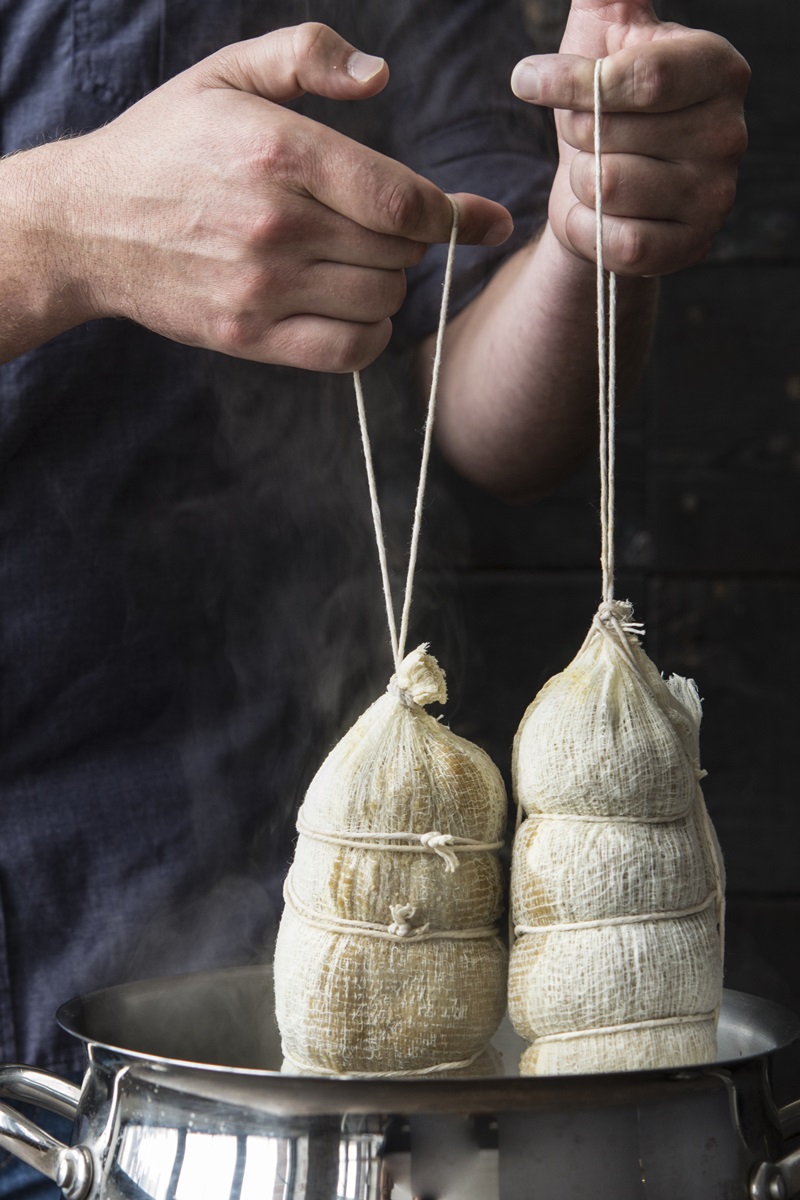 Grind in a Meat Grinder OR Food Processor. 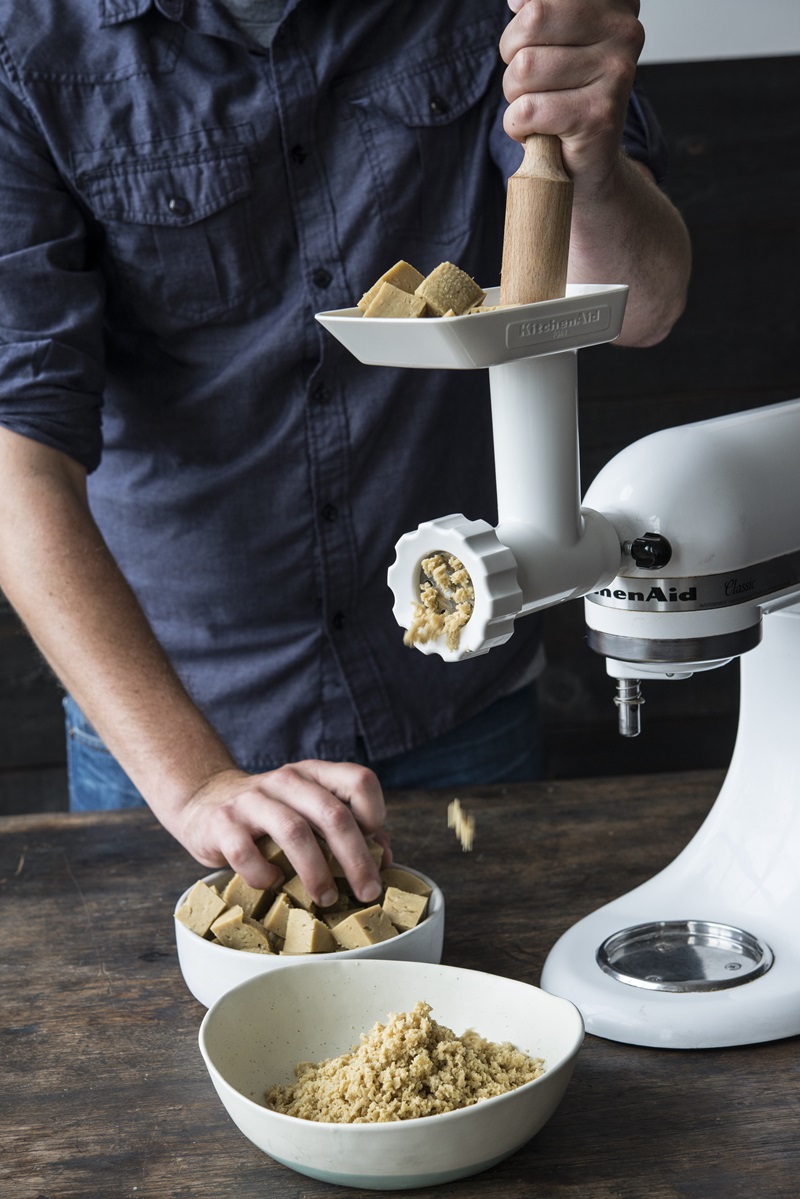 It can then be used in all types of recipes, from dairy-free lasagna to vegan “meatloaf.” You can even make a big batch to freeze and defrost as much as you need. Just keep in mind that it is a “ground meat” intended to be used in recipes, not eaten straight up. Cook it with your favorite taco seasonings or bake it in a casserole, as examples.

I contacted Field Roast since some concern was expressed about the amount of salt and the saltiness. Here is what they said:

Nevertheless, you can start with less salt, if you are concerned about the saltiness.

The Field Roast Cookbook isn’t brand new. It came out about a year and a half ago. But good recipes are timeless, and this beautiful, full color, hardcover collection is practically a must if you are interested in plant-based alternatives. It includes everything from making vegan charcuterie to classic brunch dishes and comfort food dinners. And there are ample tips and notes to ensure great results.

The collage below provides a mere taste of the recipes in the Field Roast Cookbook. The images include Chicken Fried Field Roast and Waffles, Leek Dumpkings in Dashi, Fennel and Garlic Ground Sausage, and Paella with Oaxacan Chili-Spiced Sausage . 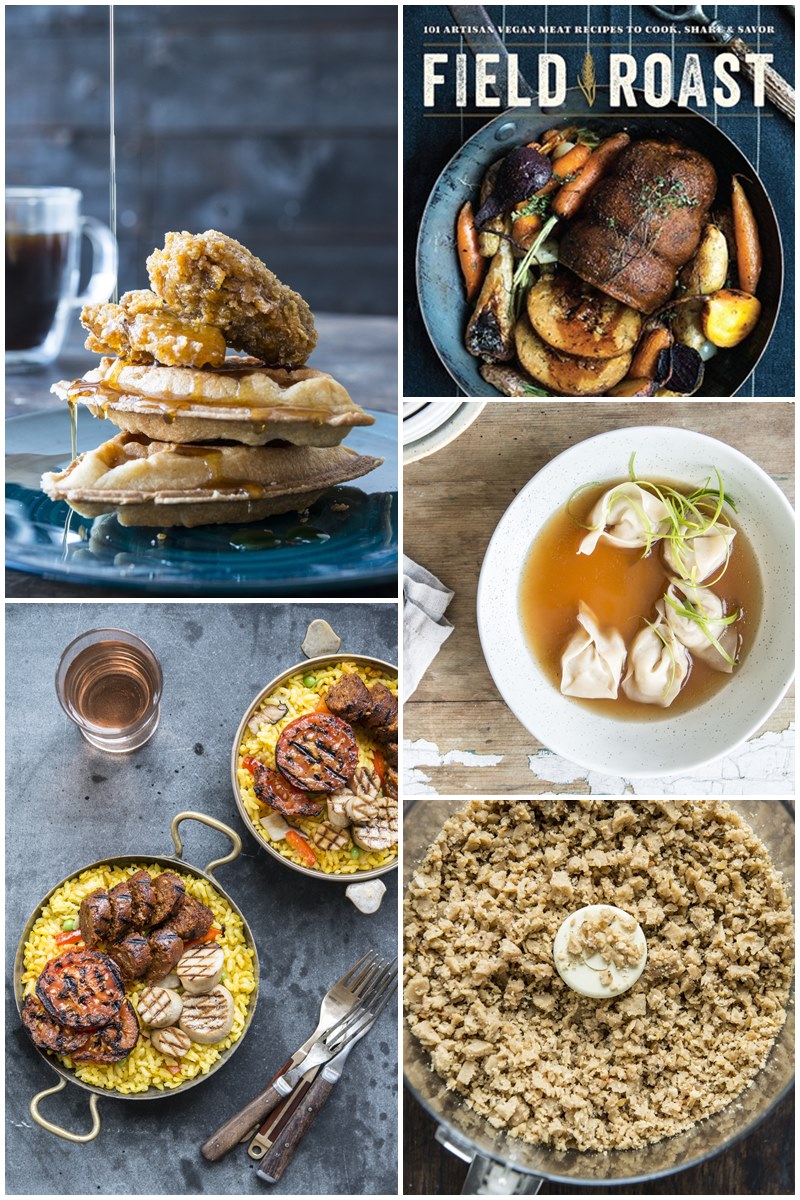 (Please Note: I don’t recommend this cookbook if you are gluten-free. They are the grain-meat experts, so a lot of the recipe do use gluten.) 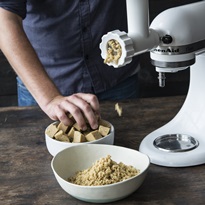 Print
Prep time
30 mins
Cook time
90 mins
Total time
2 hours
Because it’s so versatile, feel free to double the recipe and freeze it, ground, in resealable plastic bags for up to three months.
Author: Chef Tommy McDonald of Field Roast
Recipe type: Main
Cuisine: American
Serves: 3½ pounds
Ingredients
Instructions
Notes
Editor's Note: We double checked, and the recipe is correct as published in the book. See the notes in the post above for why so much salt is used (a key reason is that a lot of the salt diffuses into the cooking water). Nevertheless, it might be too salty for some taste buds. You can reduce the salt, if desired. Keep in mind that the vegan Better than Bouillon broth bases have roughly twice as much salt as Orrington Farms brand. And note that the salt is not only used for flavor, it also helps to tenderize the "meat."

Chef's Note: When you first mix the ingredients together, do so with a spoon, but then feel free to dive in with your hands and get messy—it’s simply easier to incorporate all the ingredients this way. The first time you make the meat grind, you’ll likely feel like there’s way too much water in the bowl, but don’t worry:
the gluten will absorb the liquid as it sits and you’ll soon be left with a nice, uniform dough. If you do end up having excess moisture in the bowl, you’ll just lift out the dough and leave it behind—nothing to worry about.

No Meat Grinder? No Problem: I realize that a meat grinder isn’t exactly a mainstay in most home kitchens, so a good hack here is to use your food processor to grind the grain meat. To do so, slice up your meat into roughly 1-inch cubes and divide them into two groups. Because you want some differently sized bits in your grind for optimal texture, you’re going to process one group into more of a fine grind (resembling, say, orzo pasta) and the other into more of a coarse
grind (resembling a small bean). Once the meat is processed, you’ll go ahead
and mix both grinds together into a big bowl, and you’re ready to roll.

This recipe is reprinted with permissions from Field Roast: 101 Artisan Vegan Meat Recipes to Cook, Share, and Savor by Tommy McDonald.
3.5.3229