Pumpkin two days in a row, but it is fall after all! We originally adapted this very popular pumpkin bread recipe from Allrecipes. It’s naturally vegan, and quite a treat. I’ve updated the post and included several new options in the recipe, so you can customize it to taste and dietary preferences. It’s a versatile dairy-free and egg-free quick bread that’s quite forgiving with modifications. 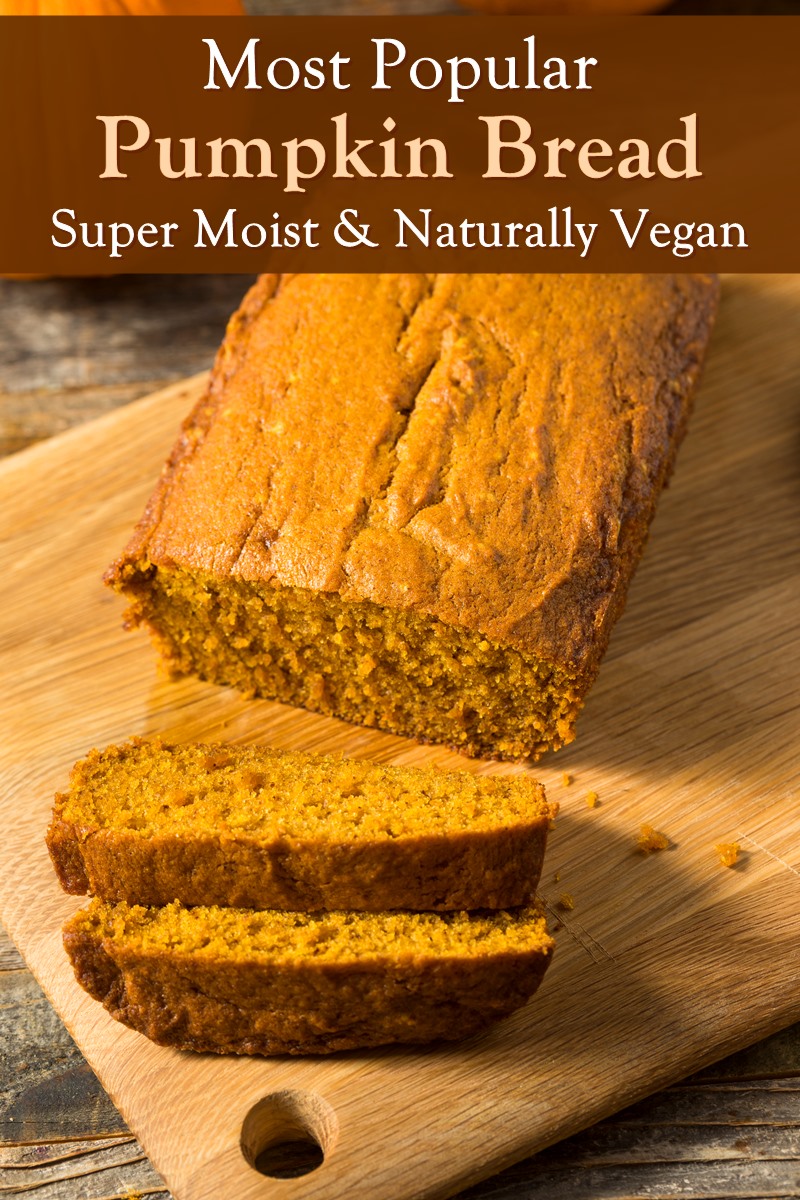 This delicious recipe is a dessert-style pumpkin bread with a very tender and flavorful bite. Here are some of the secrets: 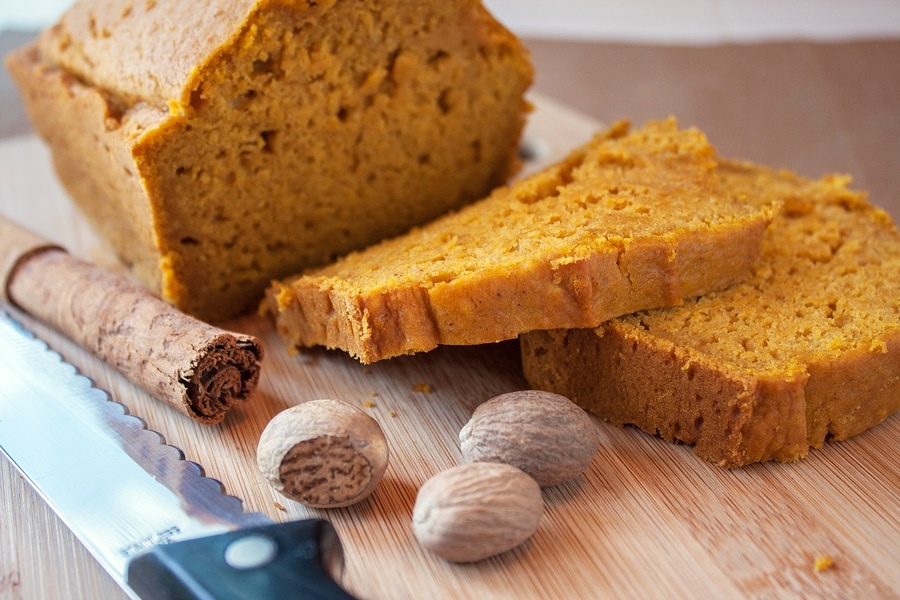 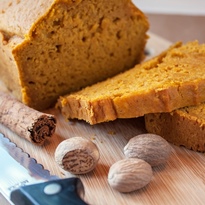 Print
Prep time
30 mins
Cook time
75 mins
Total time
1 hour 45 mins
This is a sweet, dessert-style vegan pumpkin bread that's quite easy to customize. You can reduce the sugar for less sweet loaves, use the Lighter Option below for less fat, or even swap in part whole wheat flour for a slightly heartier finish. If you like spice, don't be hesitant to increase the cinnamon and cloves, or even add some allspice or ginger. But I wouldn't increase the nutmeg as it tends to add more bitterness.
Author: Alisa Fleming
Serves: 2 (8x4-inch) loaves
Ingredients
Instructions
Notes
Lighter Option: You can use ⅓ cup unsweetened applesauce and ⅔ cup oil in place of the 1 cup oil.
3.5.3229