Our 2016 Raise a Pint Recipe Contest has come to a close, and this vegan s’mores icebox cake was the Runner-Up champ in the Coconut Milk Frozen Dessert Category. It was created by Lacy of Making it Milk Free and uses So Delicious CocoWhip (found in the freezer section!). Everything Lacy whips up is dairy-free, and she also caters to gluten-free with her recipes. 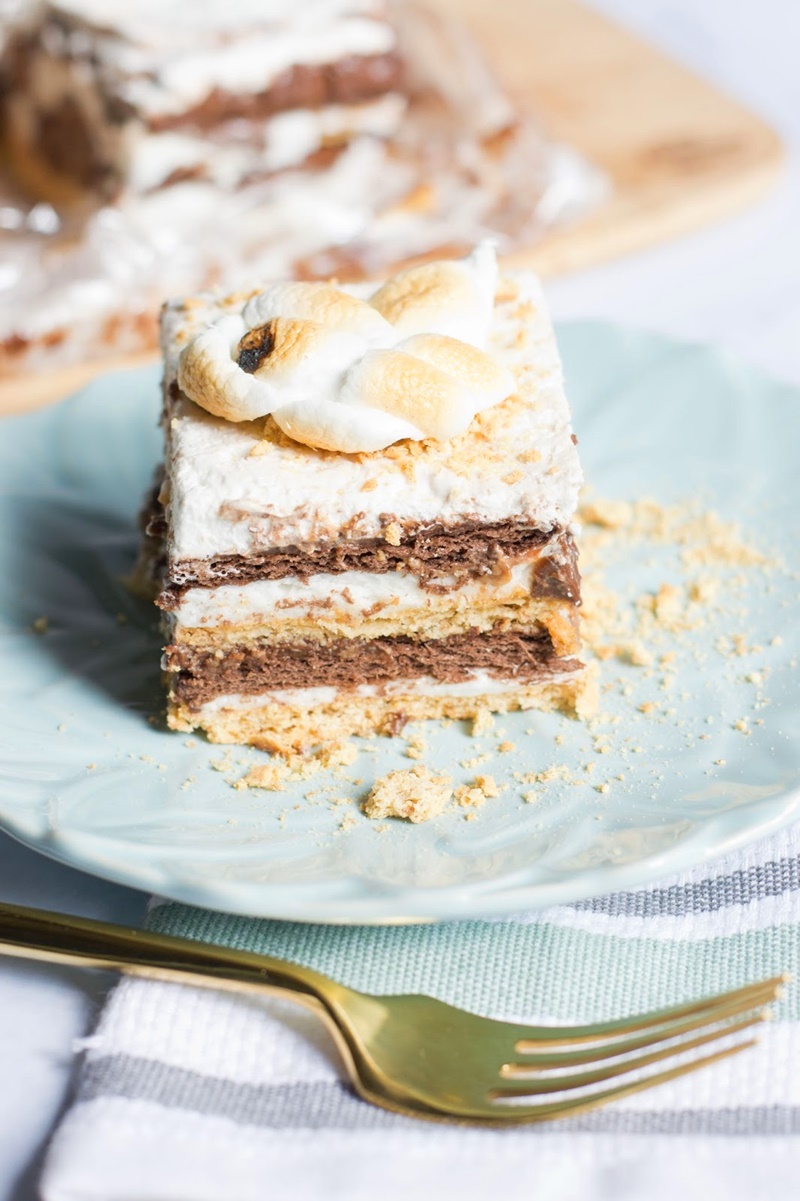 Admittedly, we were a little gun-shy on this recipe at first, because we’ve been a heavy on icebox cakes and s’mores goodies lately. But we couldn’t deny the creativity and intrigue in Lacy’s recipe. Each layer in this vegan s’mores icebox cake veers slightly away from tradition. The result is something much grander than we had anticipated. Sarah took this vegan s’mores icebox cake on in her kitchen, and provided the following feedback:

I really like everything about this cake. For starters, the recipe works well. I like the creativity of the heated marshmallows mixed with the CocoWhip, the pudding recipe is good, and the layers are very pretty. It also tastes good! Everyone here (kids and adults) liked it very much. I also appreciate that she provides an alternative technique for browning the marshmallows if you don’t have a kitchen torch. 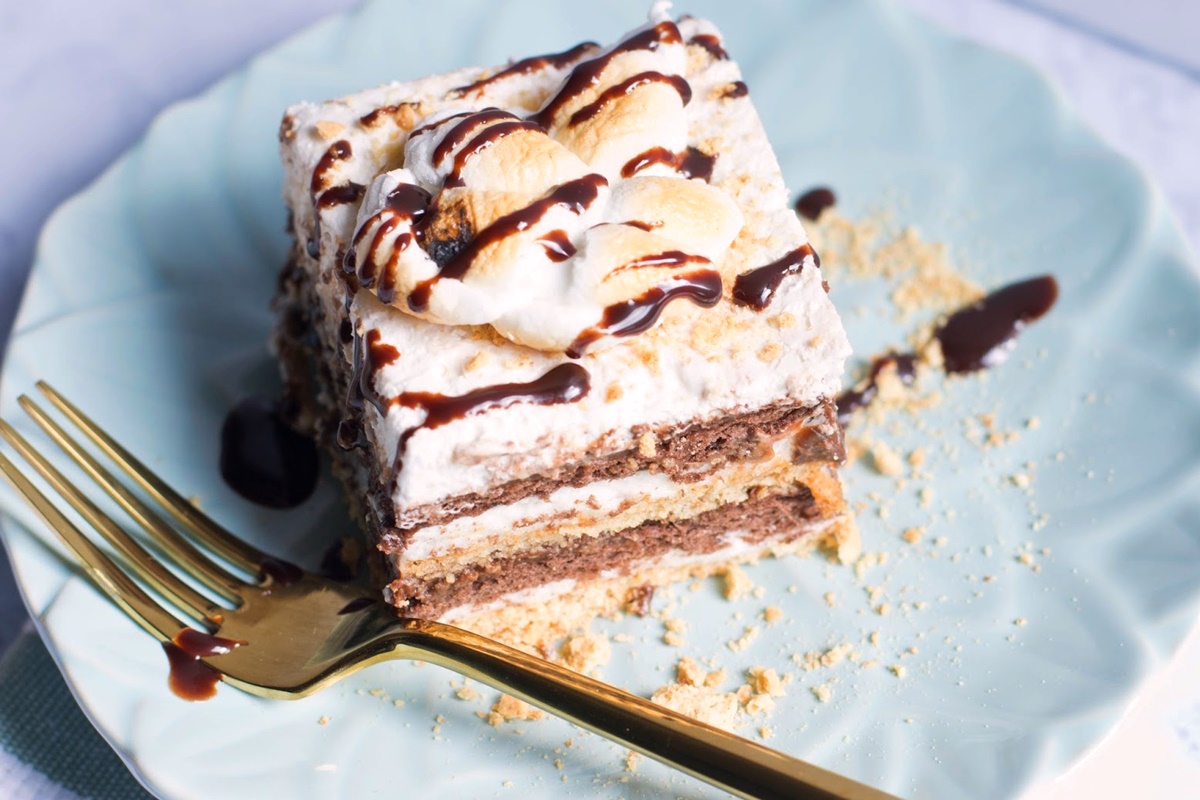 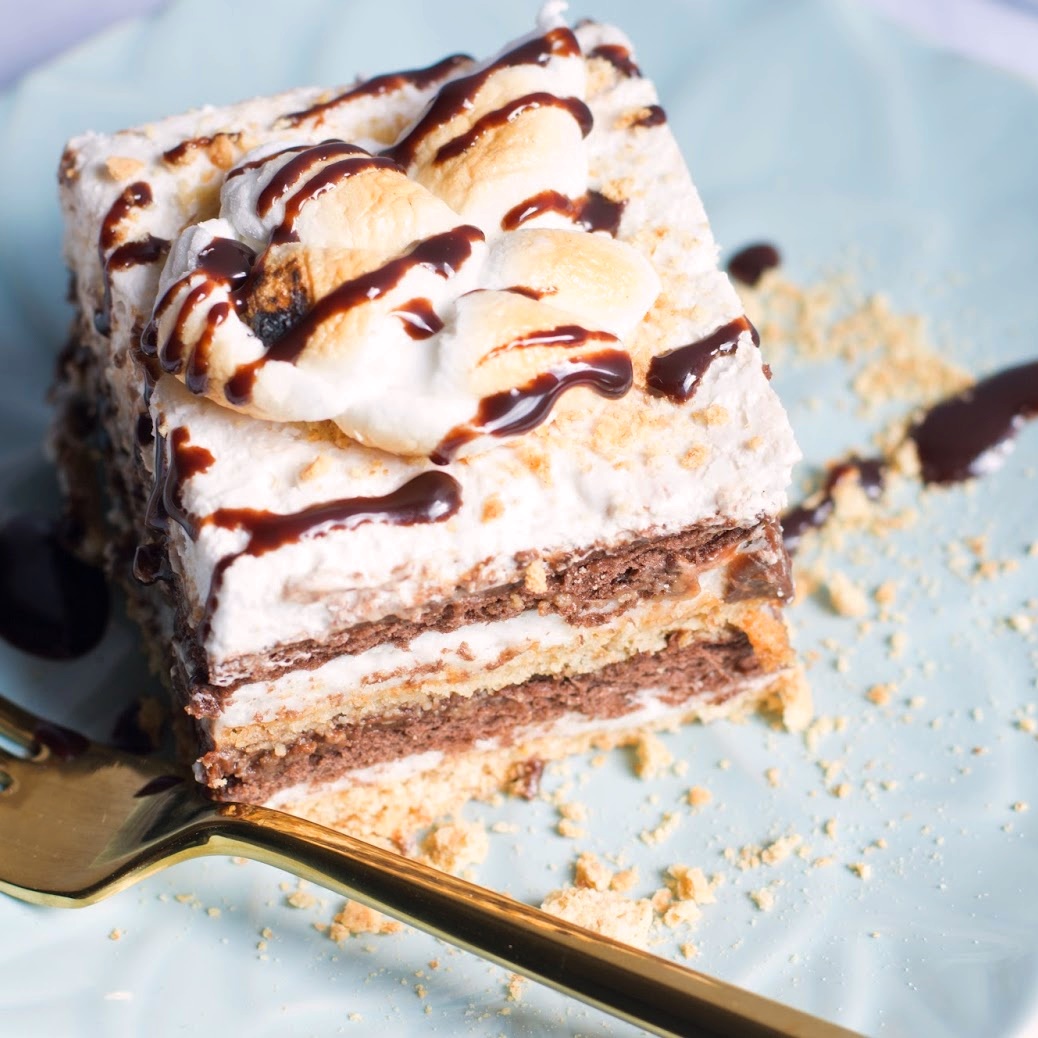 **Torchless Option: If you do not have a kitchen torch, place the mini marshmallows on a silicone baking mat on a cookie sheet. Place the sheet under the oven broiler until lightly browned. Remove from the oven and allow to cool for a minute or two. Use a small spatula to transfer the marshmallows from the baking sheet to the top of the cake.
3.5.3229