Updated in 2022! I never thought that I would have to revisit this topic. After all, our society is becoming acutely aware of food allergies. But just the other day, a friend and advocate in the food allergy community said, “people don’t die from a milk allergy.” On the contrary, severe milk allergies are real. And it’s time they gain some respect. 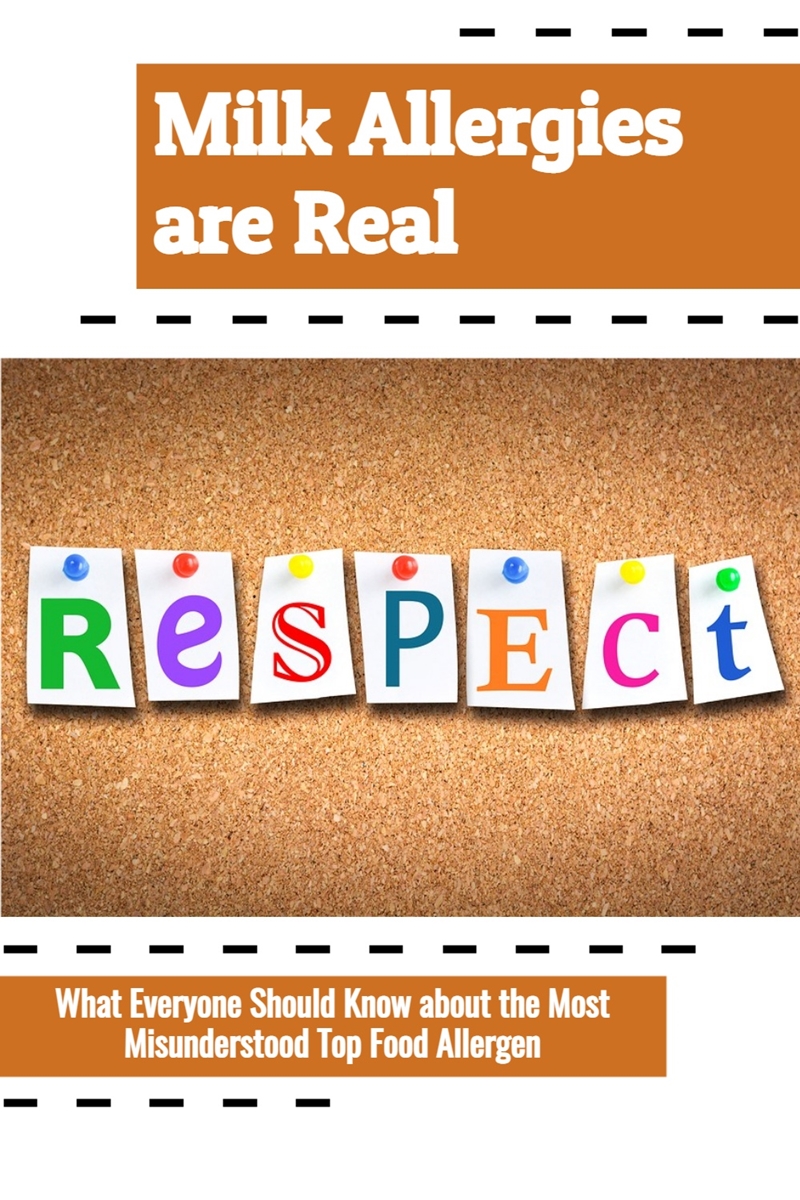 We’ve Come So Far. Or Have We?

My first major brush with milk allergy disbelief came during a call with a certifying agency about eight years ago. They were involved in lab testing for gluten-free food certification, and thought there was a huge opportunity in dairy-free certification. I inquired about liability issues, and they stated, “that shouldn’t be a problem since milk doesn’t cause life-threatening reactions.” After hanging up the phone, I emailed Sabrina Shannon’s story to them. Sabrina was lost to a milk allergy tragedy, and her story sparked some of the first food allergy legislation. I never heard from that certifying agency again.

I later read a WebMD report on the need for better food allergy guidelines. It briefly introduced me to Matt Mitchell, a then 20 year old college student who had experienced several close calls due to a lifelong milk allergy. His emergency room visits were frequent, including one on Christmas day. He had consumed dark chocolate that was made on shared equipment with milk chocolate. In the article, Matt’s mother Lynda stated, “I call milk allergies the Rodney Dangerfield of food allergies. They don’t get the respect that peanut allergies get because most people confuse them with lactose intolerance. But just like peanuts or shellfish, a milk allergy can be life threatening.”

Lynda’s words prompted me to initially write this story seven years ago. And today, I’m bringing new life to the topic in remembrance of all who have been lost to a milk allergy. When someone doesn’t believe you, send them here. I sadly have ample proof that anaphylactic and life-threatening reactions to milk allergies are real.

Why We Must Remember that Milk Allergies are Real

Fortunately, at last check, Matt was in his mid-twenties and still speaking out for milk allergies. But not all milk allergic kids and adults have been so lucky. In recent years, the number of milk allergy-related deaths has surpassed peanut and tree nut allergies in the news.

Do People Die from Milk Allergies? Unfortunately, Yes, They Do

Sabrina’s story still brings me to tears, and now, so do these:

These are merely publicized events There are many more stories from years past, and ones that families didn’t wish to share. Not to mention the loss of individuals with multiple food allergens (including milk) where the culprit remained unknown.

I believe that anyone with a food allergy or intolerance of any magnitude should be taken seriously. But please be aware that milk is a top allergen throughout the world, and it has the ability to cause severe, and even fatal, reactions.

Every May, FARE promotes Food Allergy Awareness Week. It’s a great time to get involved in the Teal movement and to learn more. But there are also some very personal causes that have been created to support food allergy awareness.

Caroline Lorette tragically passed away at the age of 14 after having an allergic reaction to dairy. Her parents started The Sweet Caroline Foundation to promote allergy awareness and offer allergy education programming for schools and organizations. They also award a scholarship to students who develop and implement innovative ideas to bring awareness and education to students, adults and the general public.

In 2017, 3 year old Elijah-Alavi Affiq was given a grilled cheese sandwich by an adult at his New York City Pre-K school. Elijah was severely allergic to dairy, and unfortunately did not survive the incipent. His father, Thomas Silvera, co-founded the Elijah-Alavi Foundation in honor of his memory and to bring awareness to the severity of food allergies and anaphylaxis. Their mission is to provide training and education in city school and daycare centers at no cost to them.

Understand and Share the Message with Go Dairy Free