When Lori, a good friend who blogs at What Runs Lori,  sent me a sweet cookie package with some delicious almost-raw fudge, I knew that I had to have the recipe. Fortunately for me (and perhaps you), the recipe is so simple that it is easy to whip up a batch whenever those fudge cravings strike … which seems to be all too often this time of year.

Plus, the recipe is very flexible. Beyond the basic sweet and dense chocolate, Lori says you can add in any of the following to suit your tastes:

Lori’s version calls for sunflower butter and almond butter, but you can always keep it nut-free by using all seed butters, or mix it up with some different nut butters. You can even replace the sunbutter to make it peanut butter freezer fudge if peanuts aren’t a problem in your household …

When re-creating Lori’s recipe, I opted for homemade sunflower butter, homemade walnut butter in place of the almond butter, and I tried it with carob powder instead of cocoa (see my version in the photo above and below, and Lori’s version in the picture following the recipe). Still delicious! But I have to admit, the peanut lover in me now wants to try this with peanut butter, cocoa, and honey. You decide how you want your fudge, and feel free to adjust the ingredients to taste. Since it is a no bake recipe, making modifications on the fly is not only easy, it’s encouraged! 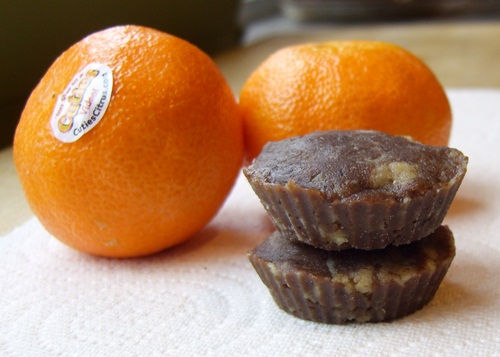 Print
Recipe inspired by The Spunky Coconut and Raw Food/Real World recipes for raw(ish) freezer fudge.
Author: Lori
Ingredients
Instructions
Notes
Alisa's Note: I used little silicon cupcake molds for fun and bite-sized servings. You can see them in the pictures above. I simply pressed a small amount of the fudge mixture into each mold, then put them in the freezer to set up.
3.5.3208
Recipe and photo below by Lori of What Runs Lori. Article, notes, and photos above by Alisa Fleming. 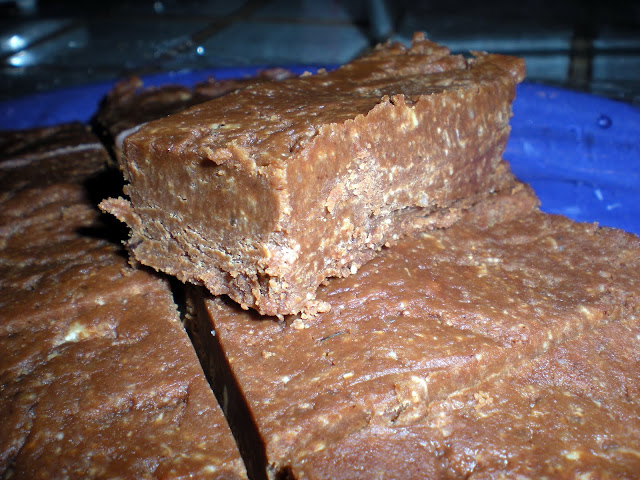