Ben & Jerry’s knows there is nothing foolish about the dairy-free trend. Non-dairy pints now make up 20 percent of their product line thanks to this year’s annual product release. Vegan cousins of  two more fan favorites, Cinnamon Buns and Peanut Butter Half Baked, have been welcomed into their frozen dessert collection.

Two years ago they announced their starting non-dairy pint line-up with Chocolate Fudge Brownie, Chunky Monkey, Coffee Caramel Fudge, and P.B. & Cookies. That initial launch met with such fanfare that they released non-dairy versions of Caramel Almond Brittle, Cherry Garcia, and Coconut Seven Layer Bar last year. And this year Cinnamon Buns and Peanut Butter Half Baked round out the non-dairy collection for a total of nine sweet options. 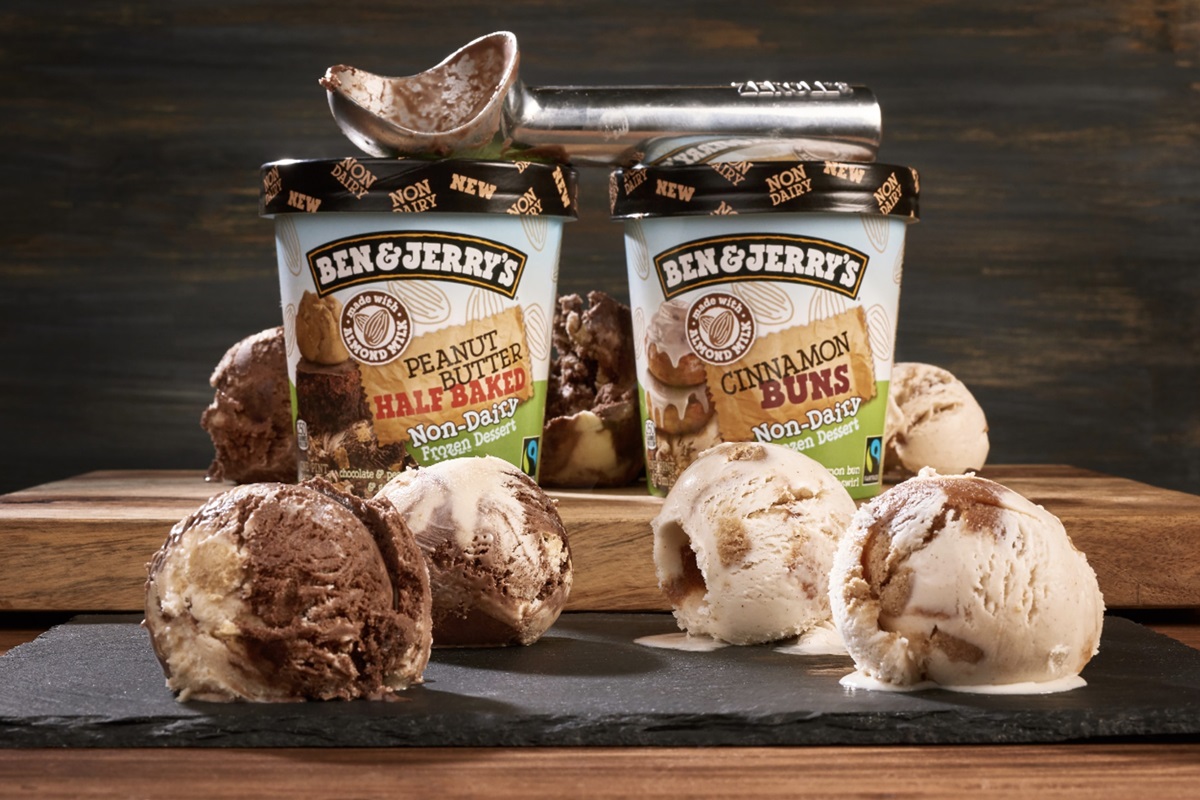 We’ve got the scoop on each new flavor, including ingredients, certifications, pricing and availability. 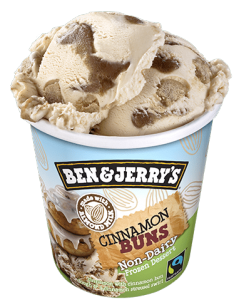 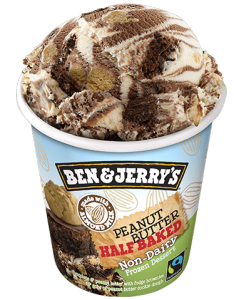 Despite the lack of a milk warning on their allergy information, these pints do have a Kosher DE certification. This means that they are produced on “dairy equipment,” but likely have rigorous cleaning and allergen protocols between batches. Contact Ben & Jerry’s to discuss their manufacturing processes if you are dealing with a sensitive or severe allergy.

These new flavors are reportedly rolling out to stores and scoop shops across the United States now. All nine of Ben & Jerry’s non-dairy ice cream pints have a suggested retail price of $5.99.

Select Ben & Jerry’s non-dairy pint flavors are also available in Canada, the United Kingdom, and Australia. But there is no word yet on if these two new flavors will be landing in countries outside of the United States.