Rumors have been circulating, but we now know for sure. Ben & Jerry’s has nearly doubled their Non-Dairy frozen dessert offerings! After last year’s successful introduction of Non-Dairy ice cream flavors, fans clamored for more. They reportedly received emails, tweets, and phone calls requesting a bigger selection of decadent flavors loaded with “everything but the cow.” Ben & Jerry’s has responded with three new Non-Dairy flavors, and this accounts for HALF of their newly released flavor line-up for this year!

These new pints are all certified vegan, labeled as non-GMO, and made with a base of almond milk. 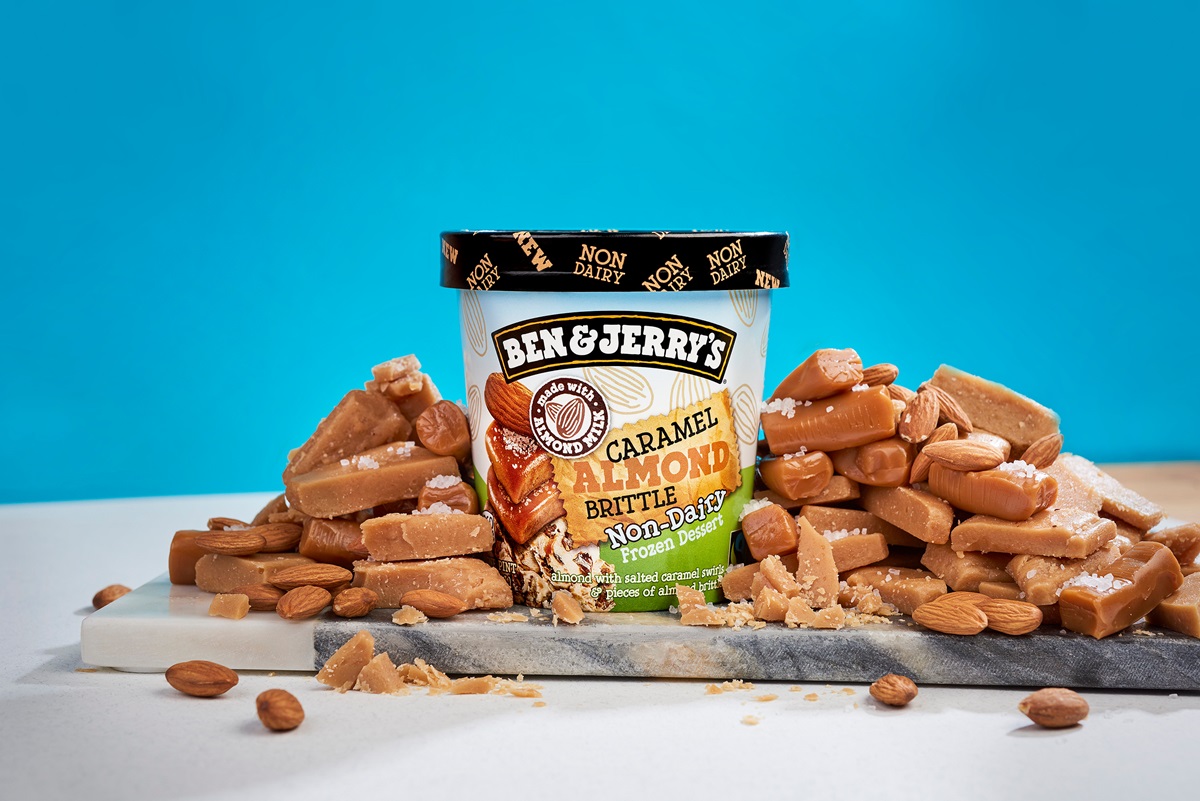 Cherry Garcia: Ben & Jerry’s is getting quite vocal about their commitment to dairy-free. And we expect fans to swoon over this Non-Dairy riff on their classic cherry ice cream with cherries and fudge flakes. 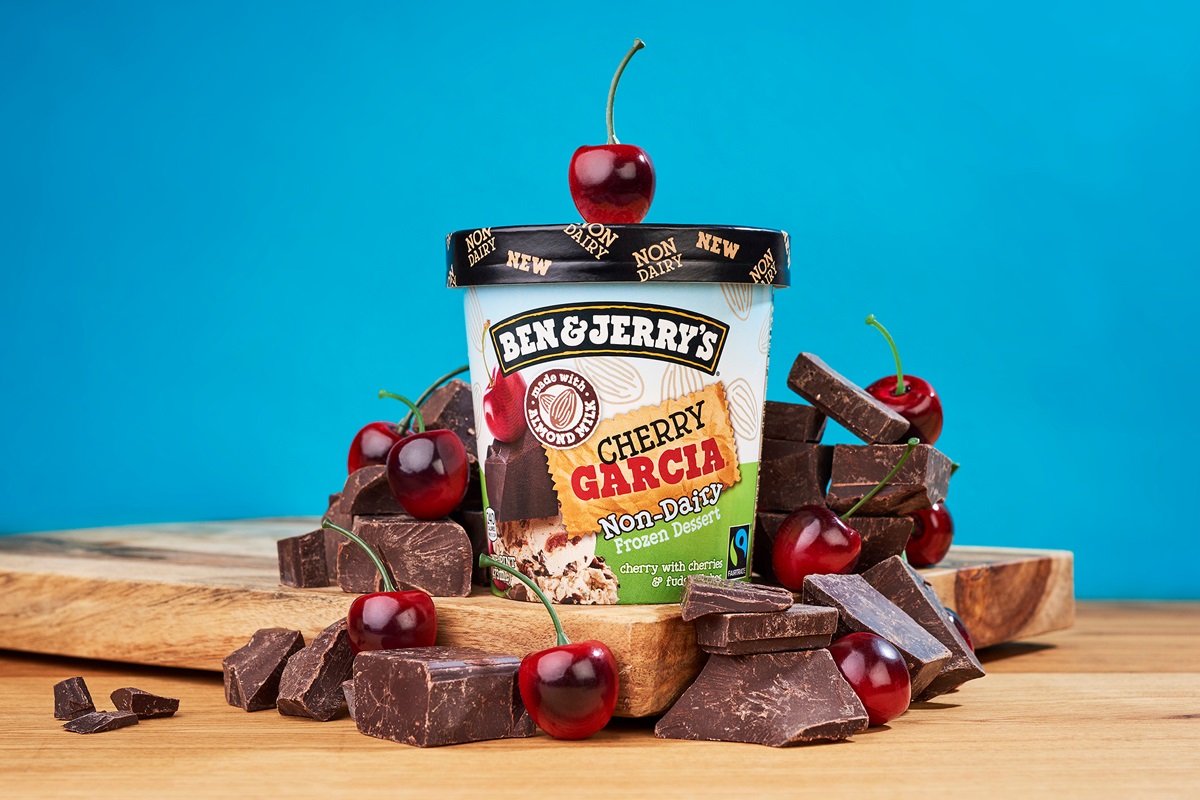 Coconut Seven Layer Bar: The mixologists at Ben & Jerry’s are piling on the flavor. This combination contains coconut, fudge chunks, walnuts and swirls of graham cracker and caramel. 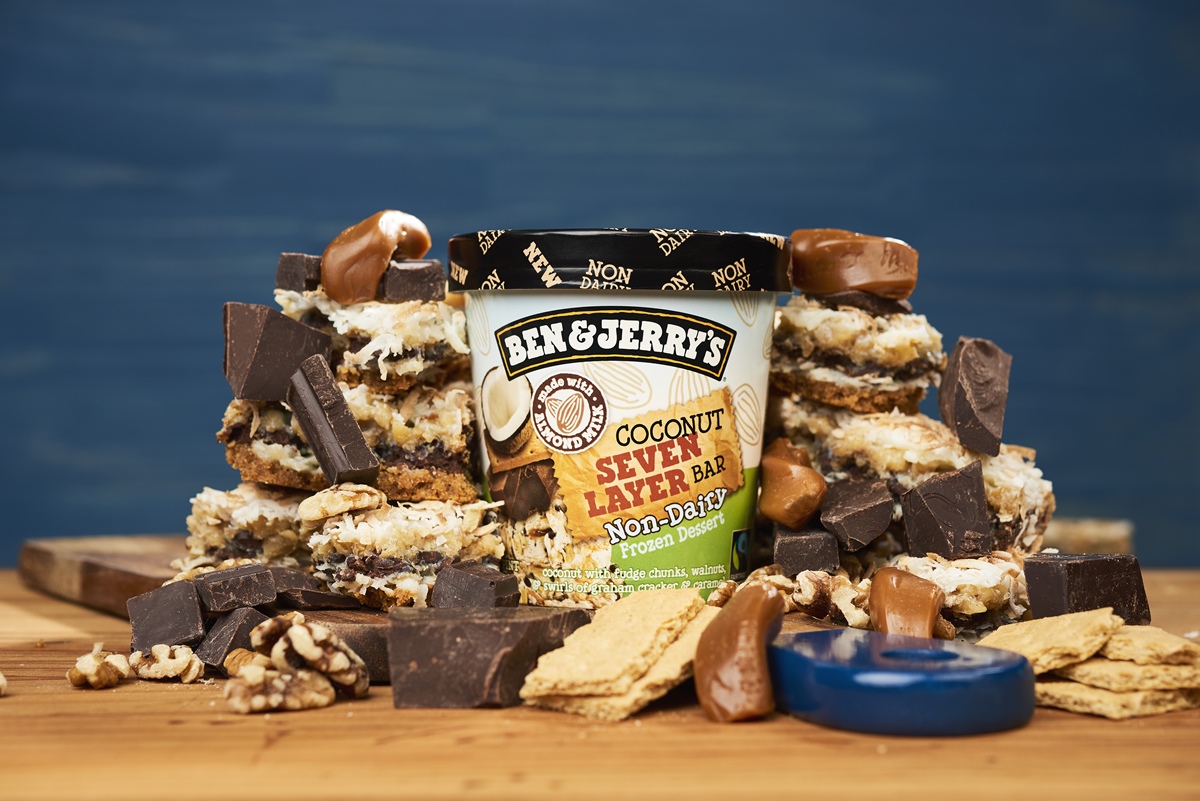 According to the Ben & Jerry’s website, all three of the new Non-Dairy flavors do contain soy (lecithin or oil) and carrageenan. The Cherry Garcia appears to be made without gluten, but it isn’t certified gluten-free. The Coconut Seven Layer Bar does contain wheat-based grahams. And for those who are strictly gluten-free, the Caramel Almond Brittle has a wee bit of barley malt.

Many readers have expressed concern about the production of Ben & Jerry’s Non-Dairy Frozen Dessert. To the best of our knowledge, it is made in the same facility as their dairy-based ice cream. However, this is what their company says about allergens:

Our policies and procedures are such that if peanuts or tree nuts (almonds, cashews, chestnuts, walnuts, pistachios, pecans, hazelnuts/filberts, macadamias, Brazil nuts, pine nuts) as well as eggs, milk, fish, shellfish, wheat, soy, seeds, and lupin are not listed in the ingredient declaration or in an Allergy Information statement in boldface on the package, then the product is safe to consume for persons with allergies to those ingredients.

I did not see milk listed in the allergen statement on their Non-Dairy Frozen Desserts. However, it’s essential to always check the pint ingredients and labeling to verify before consumption. And always contact the company directly if potential cross-contamination is a concern for you.

See our Honest Review of the 4 Other Ben & Jerry’s Non-Dairy Flavors HERE!