It came as a shock to many loyal readers when the popular vegan magazine, VegNews, ceased publication. By all accounts, it was successful and growing in popularity as the plant-based movement gained ground. But a pending internal legal battle caused the publisher to at least temporarily, close it’s printing doors. Fortunately, they have reopened with the founder, Colleen Holland, returning to the helm. 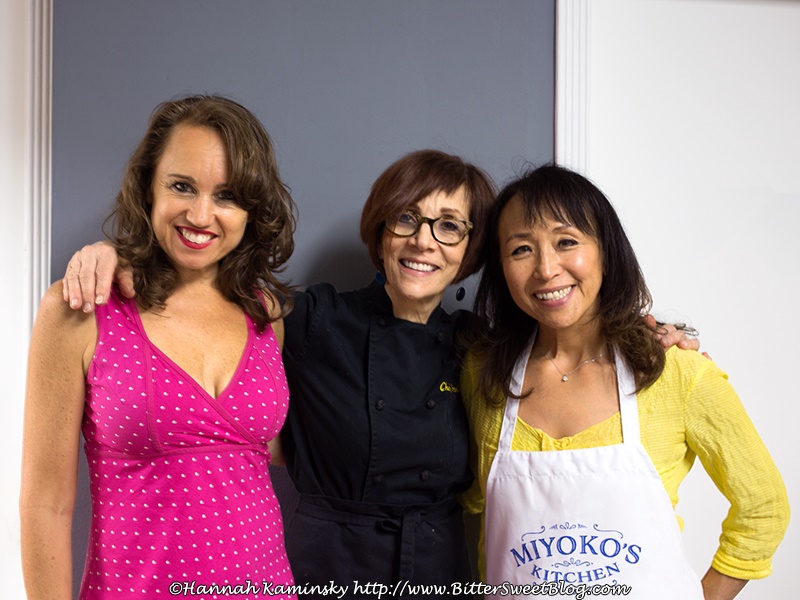 The stars of the VegNews reopening show (left to right): Colleen, Fran and Miyoko

Colleen is known for being quite the entertainer, so it came as no surprise when she celebrated the magazine’s re-launch with a tasteful soiree at the adorable VegNews headquarters, featuring top vegan chefs, Miyoko Schinner and Fran Costigan.

The evening started with a full array of dairy-free cheeses from Miyoko’s Creamery. These nut-based noshes were obviously where the crowd centered – oohing and ahhing at the simple yet complex flavors as they engaged in small talk. Rather than choosing just one, we sampled every variety, from the Fresh Loire Valley in a Fig Leaf to the Aged English Smoked Farmhouse, and not a one disappointed. 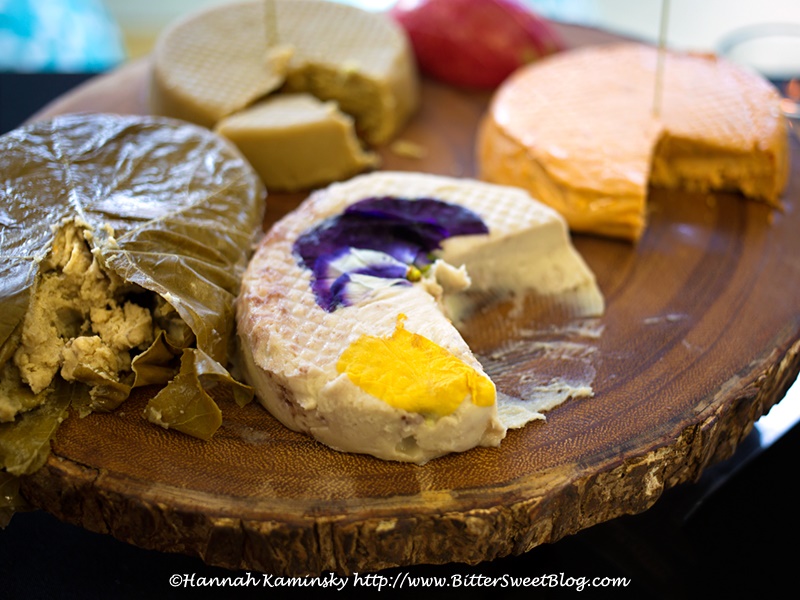 We were then scurried into a demo by Fran Costigan, where the blunt yet very humorous New Yorker kept us entertained. But even if Fran had been less lively, we probably would have still been glued to our seats as she enticed with every step of chocolate cake, ganache and truffle making – all recipes from her new cookbook, Vegan Chocolate: Unapologetically Luscious and Decadent Dairy-Free Desserts. 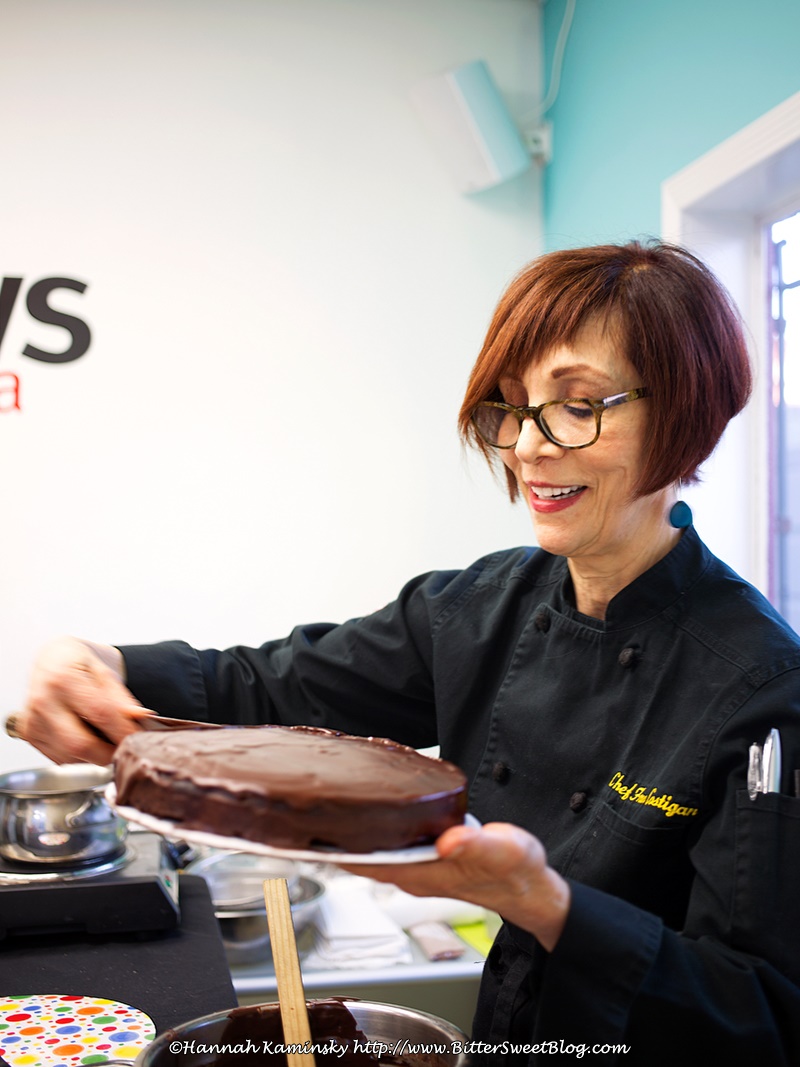 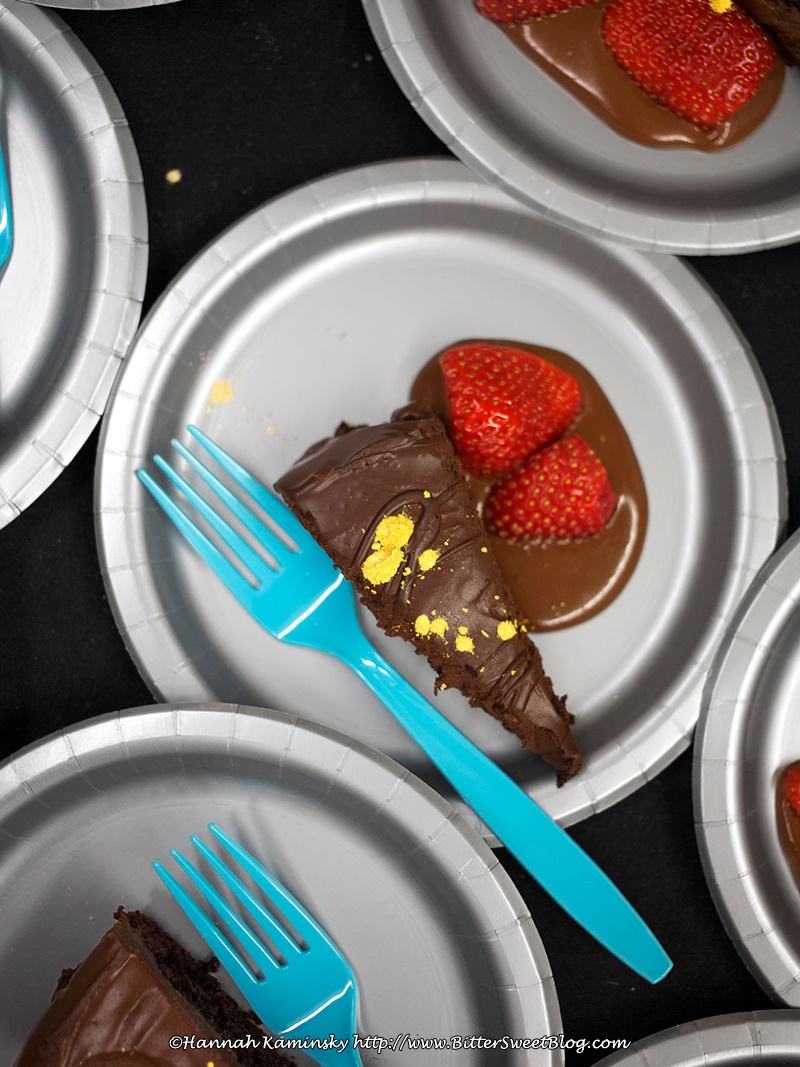 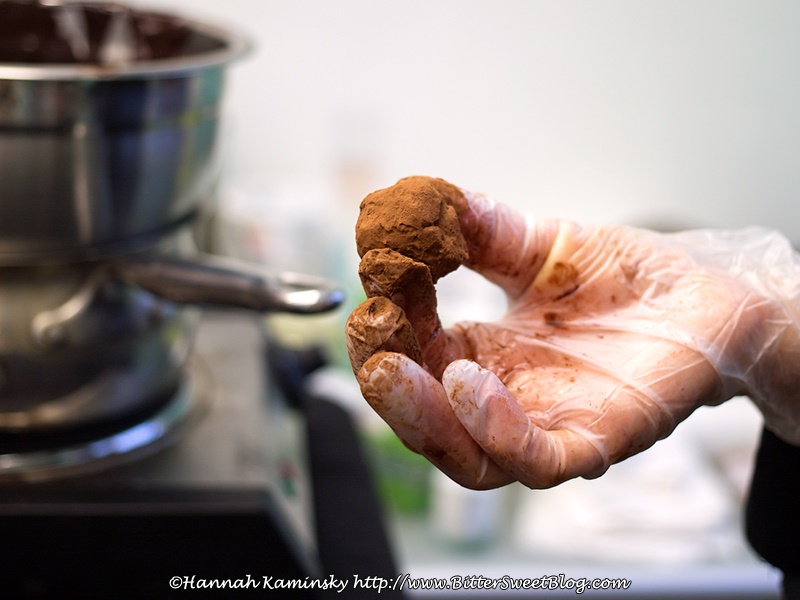 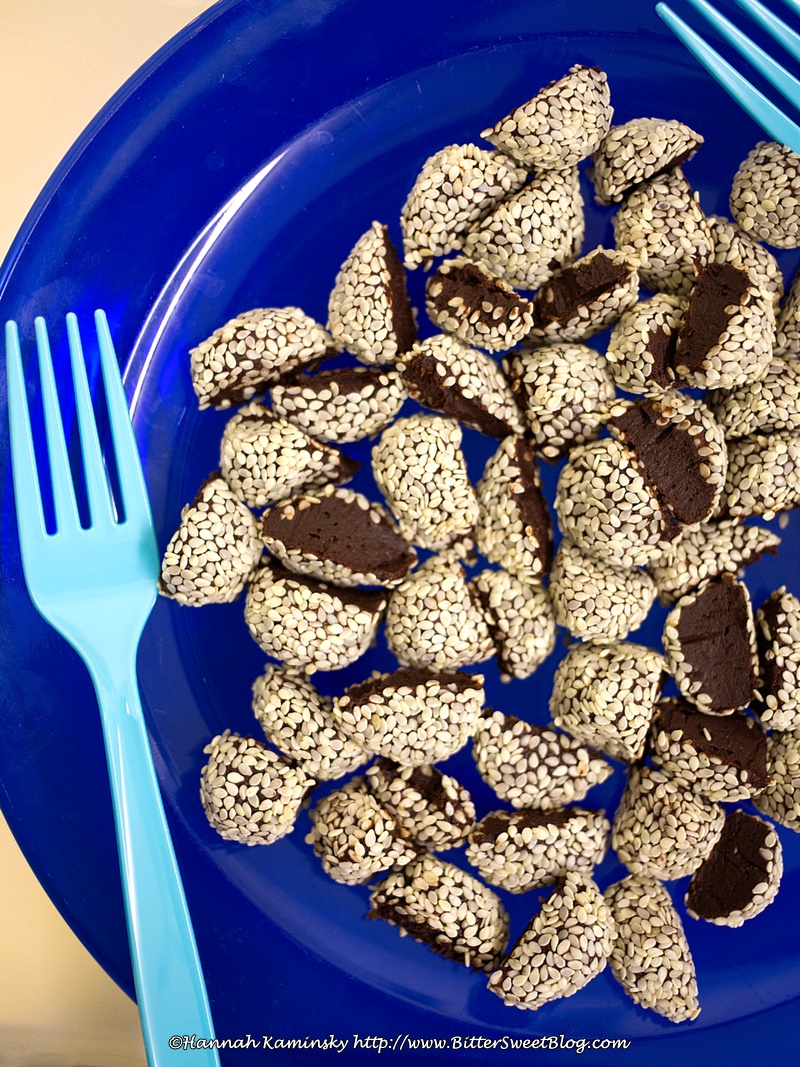 Next up was Miyoko, dazzling with her innovative recipes, quirky personality and surprising singing abilities (did you know she is a former opera singer?). She even belted out a tune with lyrics that she wrote about casomorphin – the reportedly addictive protein fragments that are released when we digest the top allergenic milk protein, casein.

Miyoko started with her very unique, yet near authentic vegan feta recipe that she served up on a delicious Greek salad and in spanakopita. 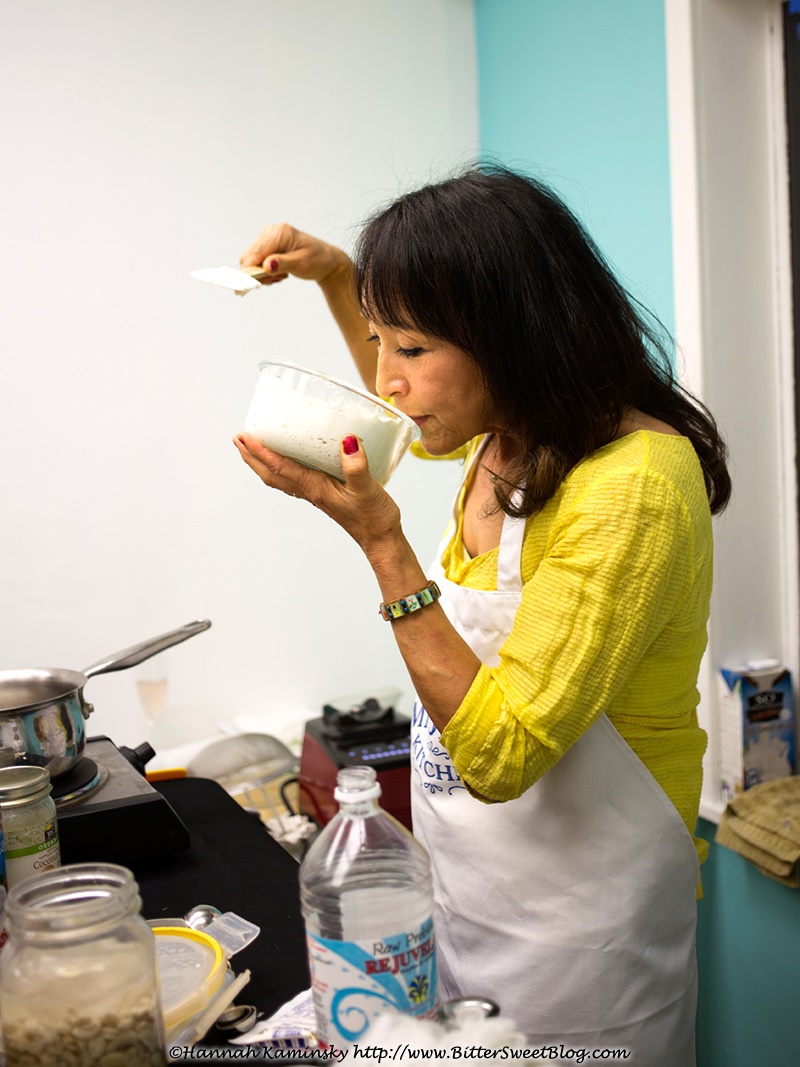 Miyoko enjoying the dairy-free feta-making process during her demo. 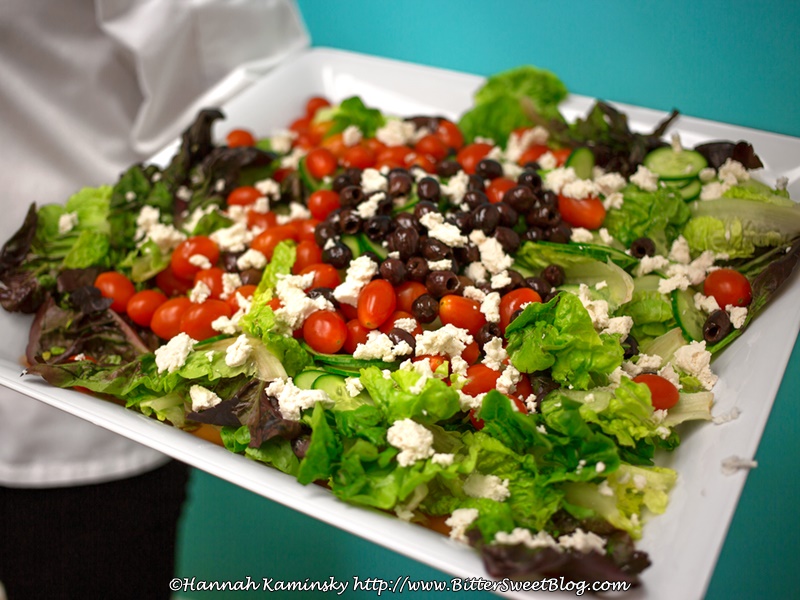 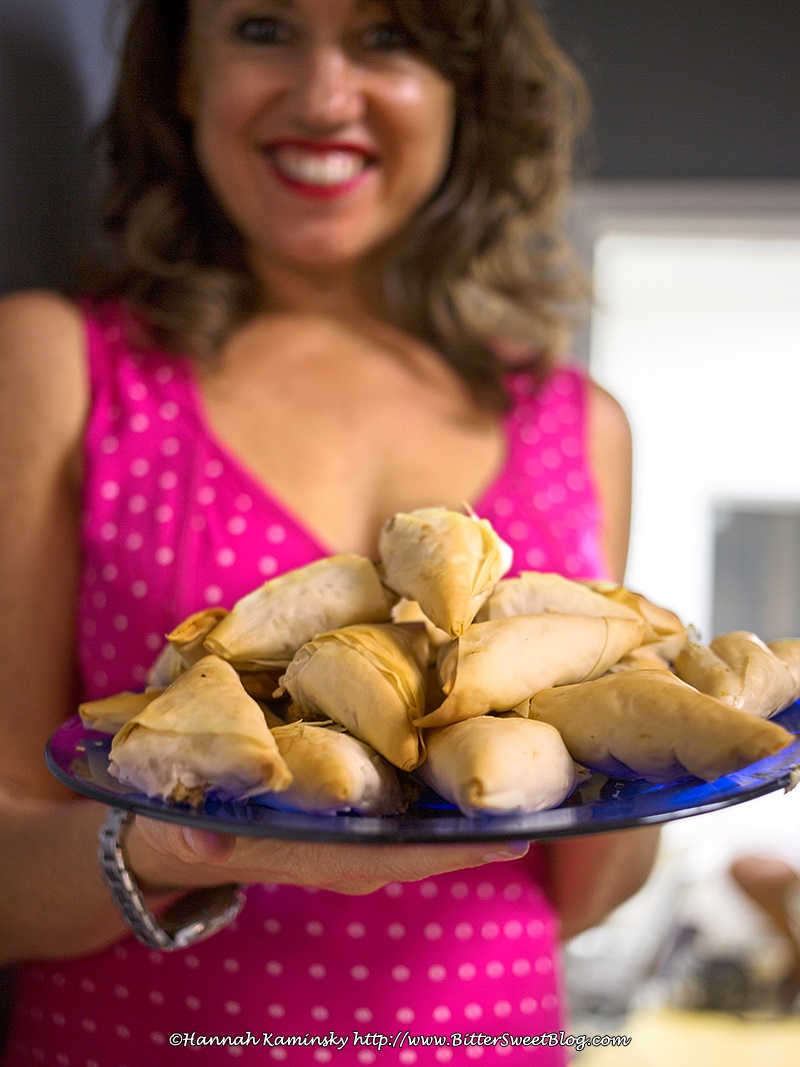 Miyoko also prepared an amazingly rich nut-based alfredo sauce (sorry no pictures!). These must-have cheesy and saucy recipes will be in her upcoming cookbook, The Homemade Vegan Pantry: The Art of Making Your Own Staples. I’ll share more on that title closer to it’s release, in June.

To note, I attended the VegNews reopening event while visiting my friend, Hannah Kaminsky of Bittersweet Blog in San Francisco. All photos are courtesy of Hannah – visit her portfolio for more!