Public awareness of autism increased exponentially last week, when the U.S. Centers for Disease Control (CDC) released a report announcing the prevalence of autism in our country. In 2003 and 2004, two national health organizations interviewed the parents of approximately 98,000 school-aged children, combined. The results estimated that nearly 1 in every 175 children is living with autism. This equates to approximately 300,000 autistic school-aged children in the U.S. alone. Some researchers believe this number may still prove to be conservative. 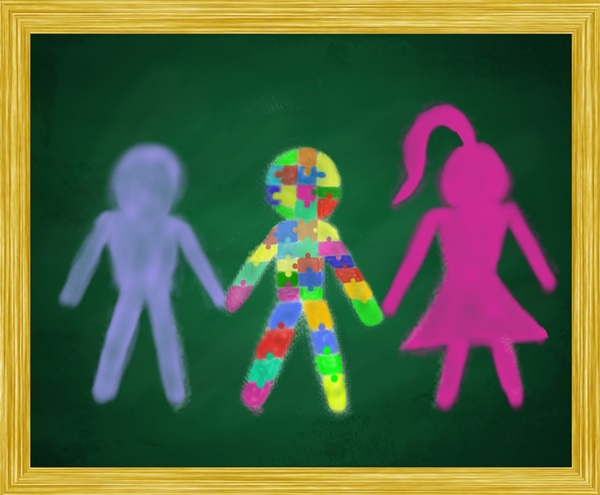 To most Americans, this news comes as quite a shock. However, for the hundreds of thousands of parents with autistic children it is a mere affirmation that this condition deserves far more attention than it has been receiving.

Autism is a brain disorder that typically makes its presence known in early childhood. It affects several crucial areas of development including social interaction, communication, behavior, creativity, and imagination. Autism was formally identified around the mid-1900s, but it has persisted as a misunderstood and often mislabeled condition.

For decades the parents of autistic children have been experimenting with various medical and alternative treatments. Although a cure has yet to surface, their network of trial and error has yielded some surprising and positive results.

In 2005, The Autism Research Institute published their findings from an ongoing study, focused on the usefulness of different treatment interventions. Overall, they questioned nearly 23,700 parents of autistic children. The parents were asked to rate the therapies they had trialed according to effectiveness. The treatment options fell under three major categories: drugs; biomedical non-drug therapies, such as vitamin supplements; and special diets. Much to the dismay of major drug companies, the results swung largely in favor of alternative therapies and diet.

Approximately 50 different drugs were reported as tested. On average, 30% of the cases showed an improvement of symptoms, however, 31% actually got worse while on the drug. Biomedical non-drug therapies faired far better. 45% of the cases reported a decline in symptoms with only 5% exhibiting an increase. Amazingly, special diets rated as the most successful treatment category overall. Among the autistic children who were put on a special diet, 50% of the specific cases showed signs of improvement, while only 2% experienced a rise in symptoms.

The simple removal of dairy products was the special diet option trialed the most, with over 5,500 parental reports. On par with the category results, 49% of those who chose a dairy free treatment option found it to improve their child’s symptoms, while only 2% found it to worsen symptoms. Of those who were willing to take it a step further to a gluten free / casein free diet, a resounding 65% saw an improvement in symptoms. Gluten is a protein found in wheat and other flours, while casein is a highly allergenic milk protein.

Gradually, the gluten free / casein free diet is becoming a mainstream recommendation for the treatment autism. Primarily due to its high success rate, and relatively low risk of side effects. Other alternative treatments are beginning to receive similar recognition, particularly in the areas of reducing chemical exposure (in food, water, and the environment) and detoxification. Although numerous research studies do support the hypothesis that alternative therapies and special diets can dramatically aide in the severity of autism, the reason behind their success is still somewhat elusive. For this reason, experts recommend that parents consult a gastroenterologist before their autistic child undergoes a dietary modification.