Cinnamon Snail began as a food truck roaming around New York. It won awards for best food truck in New York and ranked high in the best food trucks in the USA. It is now a brick and mortar spot in the Pennsy, a high end food hall, serving up unique vegan sandwiches, burgers, donuts and pastries. 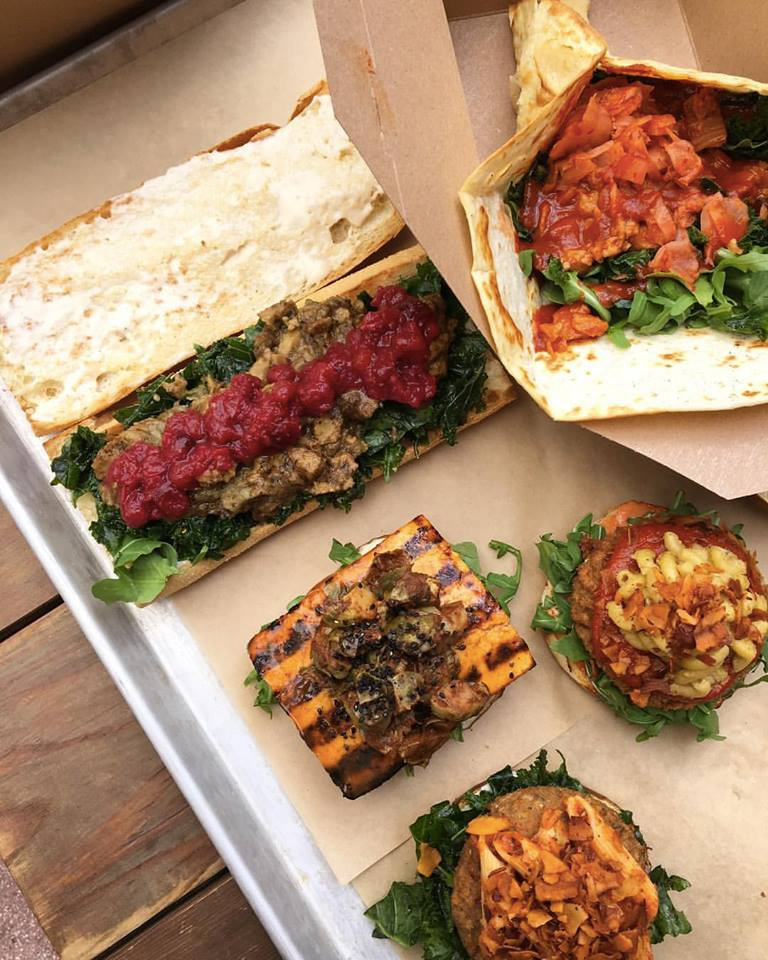 As an actual shop, Cinnamon Snail continues to wow its customers with crazy donut creations and creative vegan specialties. The menu changes seasonally and always features a few specials that change daily. While the food served at Cinnamon Snail is usually a burger, sandwich, or wrap, all of the menu items can be served as a bowl over quinoa and greens! Don’t miss out on their Open Faced Joints that are served on the most delicious homemade grilled tortilla and piled high with seitan, sauces, and vegetables. 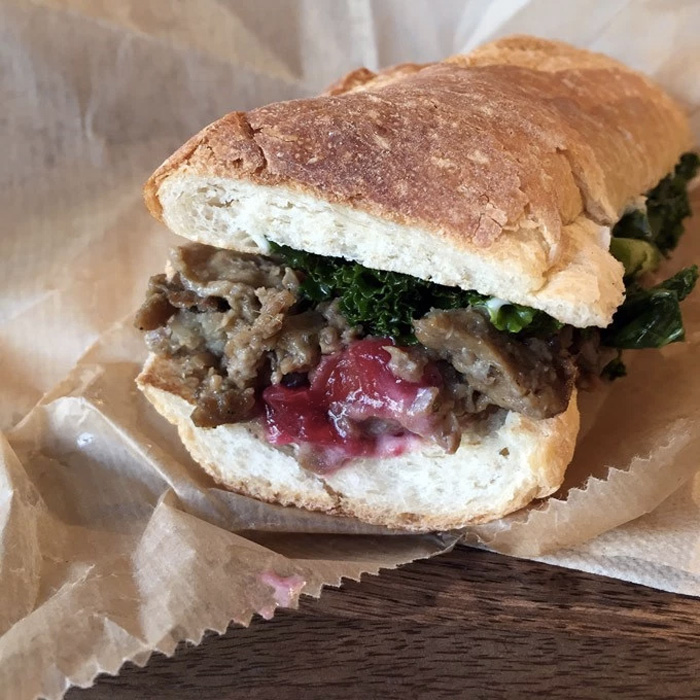 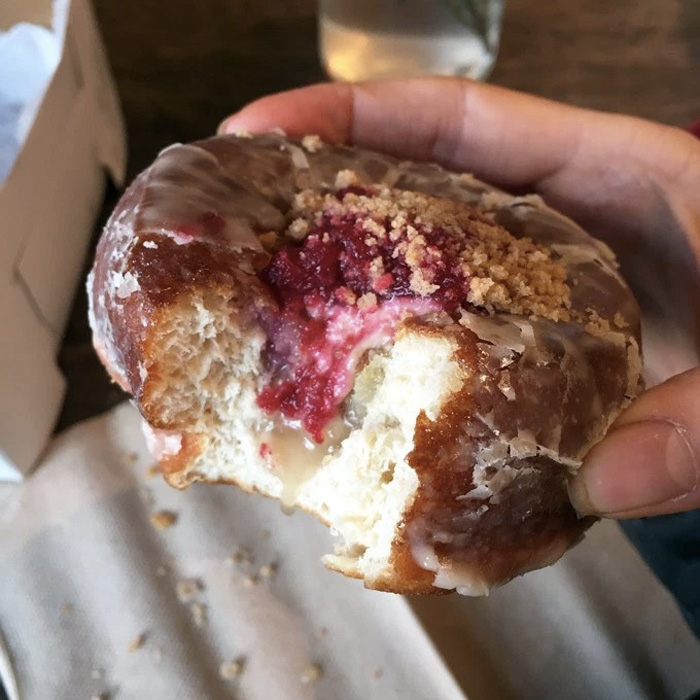 Any day you make your way to this incredible vegan spot or stumble across their truck, you’ll be amazed by the creations being served up. But make sure to leave room for a couple of donuts! Vegan or not, you’ll fall in love with the chef’s creativity and love that translates into the food. 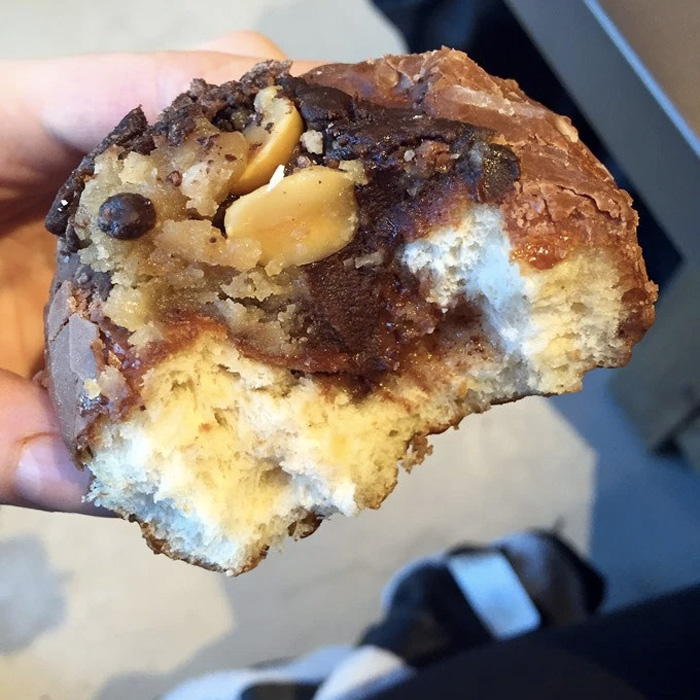 If you can’t make it to Cinnamon Snail or just want to be able to enjoy it at home, Chef Adam Sobel released a cookbook. It’s called Street Vegan: Recipes and Dispatches from The Cinnamon Snail Food Truck, and features some of his most loved recipes and Snail classics. 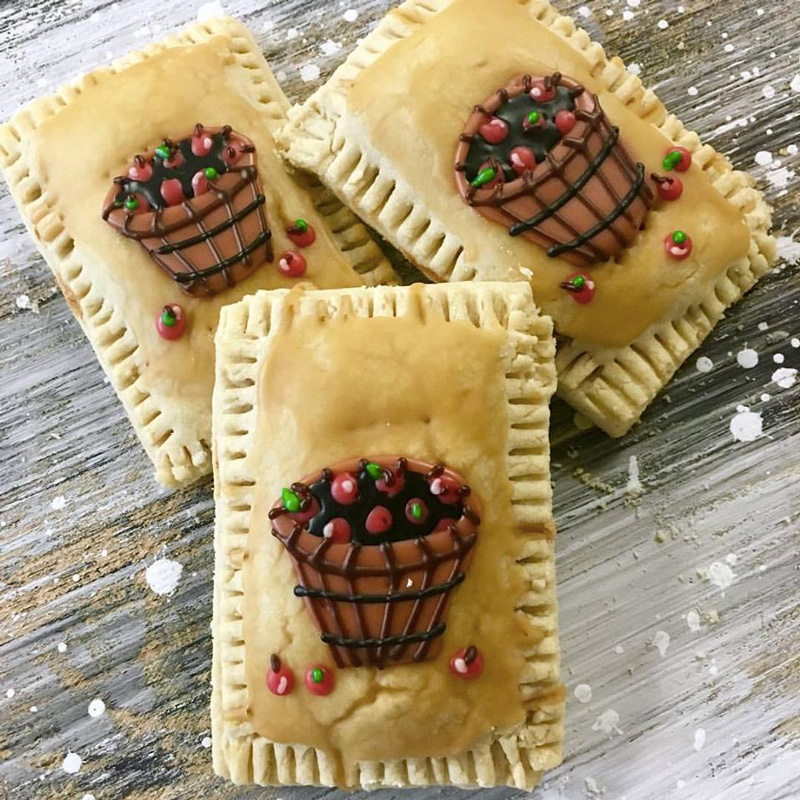 Where to Find Cinnamon Snail

Leah Moldowan is an Associate Editor for Go Dairy Free and she runs the vegan blog love me, feed me. Leah creates delicious recipes and stunning photography to inspire others to nourish their bodies with good food.